Following an inauguration of the construction of a huge maritime services complex in Saudi Arabia earlier this year, four companies have now teamed up to build an offshore services section there.

In a statement on Wednesday, offshore rig builder Lamprell said it had entered into a joint venture (JVCo) with Saudi Aramco Development Company, Bahri and Hyundai Heavy Industries to establish a maritime yard for the construction, maintenance and repair of offshore drilling rigs and vessels, as part of the giant complex known as “The King Salman International Complex for Maritime Industries & Services” in the eastern province of the Kingdom of Saudi Arabia.

The story of the proposed joint venture is not new, as this has been proposed earlier, but it is now firming up, and the joint venture will come to life subject to approvals of respective shareholders.

It will have the capacity to build four offshore rigs, over 40 vessels including 3 VLCCs, and service over 260 maritime products, annually.

Christopher McDonald, Chief Executive, Lamprell, said: “We are excited to announce this transformational transaction which will not only make Lamprell a participant in potentially one of the largest yards in the Arabian Gulf but also provide access to the most important market in the industry and one of the largest players in the sector. The transaction will enable growth in scale beyond Lamprell’s capability as a stand-alone entity and will allow the company to strengthen its competitive position through efficiencies, diversification and broader reach.”

As part of the deal, Saudi Aramco will enter into a master offtake agreement with JVCo under which it will agree to purchase, or procure the purchase, from JVCo of a minimum of 20 jack-up drilling rigs (equating to two rigs per year for 10 years based on the prevailing and competitive market prices), as well as offshore support vessels and MRO services for jack-up drilling rigs and offshore support vessels operating on Saudi Arabian Oil Company’s offshore assets.

Bahri, the Saudi national shipping company, will enter an offtake agreement with JVCo under which Bahri will agree to purchase from JVCo no less than 75 per cent of its commercial vessel requirements over ten years, being a minimum of 52 commercial vessels (including a significant number of VLCCs), and MRO services for such vessels based on the prevailing and competitive market prices, subject to certain conditions. 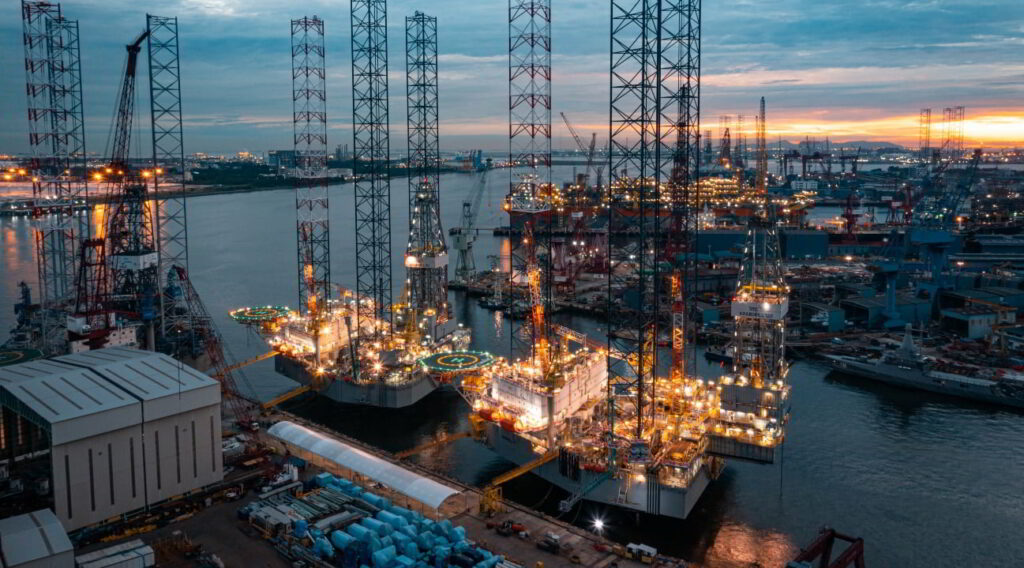