A total of 182, out of 212 end­-of-­life ships which were sold for breaking in the second quarter of 2016, ended up on the South Asian beaches, according to the data collected and analysed by the NGO Shipbreaking Platform.

This represents 86 percent of end-of-life vessels which reached the shores of Bangladesh, India and Pakistan, making this quarter the worst in the last years in terms of the small percentage of ships recycled in non-beaching yards, the Platform said.

Out of 182 vessels, 100 were bulk carriers, the most common type of end-­of-­life vessels currently.

Bangladesh was the favorite final destination between April and June 2016, despite the fact that the Bangladeshi yards work under the worst conditions.

The NGO Shipbreaking Platform earlier reported a surge of fatal accidents in the Bangladesh shipbreaking yards in May­ and June as at least five workers have been killed and five more severely injured.

The Bangladesh shipbreaking yards have been very busy in the last month with a large number of vessels beached, therefore, according to the Platform, “safety measures have become even more lax than usual, which has resulted in a high number of deaths and severe accidents.” 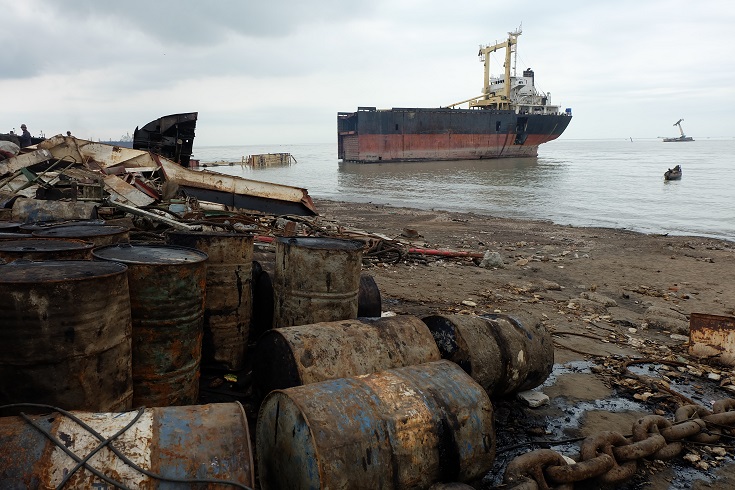