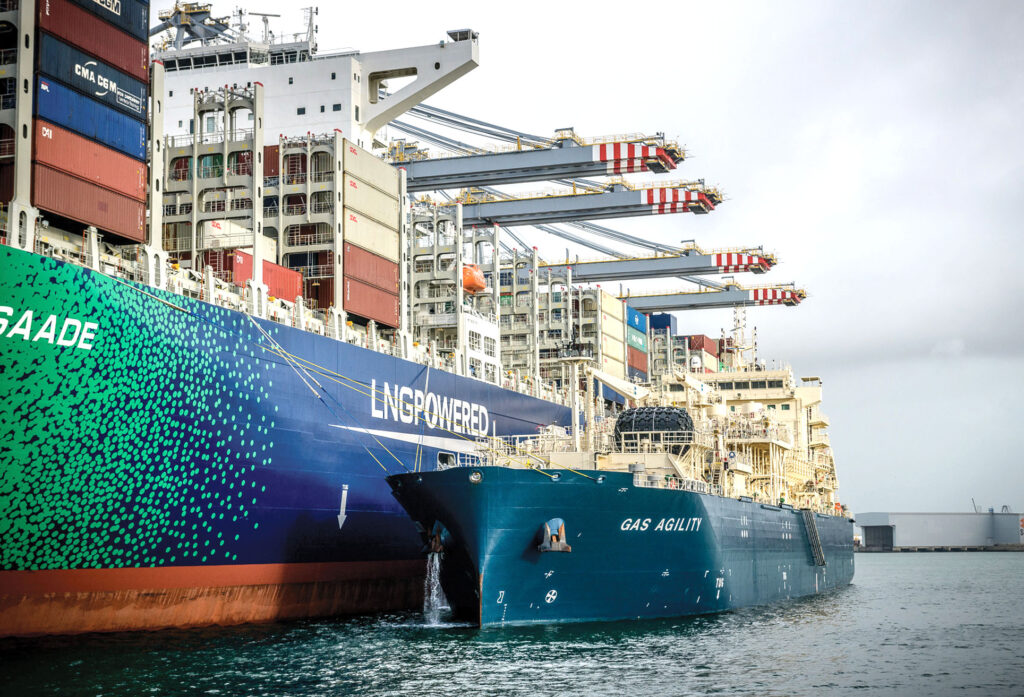 LNG bunkering coalition SEA-LNG on Friday highlighted the findings of an independent study reconfirming that LNG as a marine fuel reduces GHG emissions by up to 23 per cent.

The study commissioned by SEA-LNG and SGMF notes that this level of greenhouse gas reductions is achievable depending on the marine technology employed.

This is compared with the emissions of current oil-based marine fuels measured from Well-to-Wake (WtW).

The 2nd Lifecycle GHG Emission Study on the use of LNG as a Marine Fuel from Sphera (formerly thinkstep) revisits its 2018/2019 research, using the latest available engine and supply chain data to bring the study fully up to date.

The study was conducted according to ISO standards. It was also reviewed again by a panel of independent academic experts from key institutions in France, Germany, Japan and the USA, SEA-LNG said in its statement.

The analysis concluded that, in addition to the considerable air quality benefits it delivers, LNG can “beyond question” contribute significantly to the International Maritime Organisation’s (IMO) GHG reduction targets.

Commenting on the research, SEA-LNG chairman Peter Keller said, “It is clear that LNG plays an important role in decarbonisation today with benefits available now. As we look ahead, it is essential that detailed emissions analysis from Well-to-Wake such as those performed for LNG are available for all alternative fuels contemplated, enabling shipowners to make the right decisions for their fleet.”

This report uses the latest primary data to assess all major types of marine engines and global sources of supply with quality data provided by original equipment manufacturers including Caterpillar MaK, Caterpillar Solar Turbines, GE, MAN Energy Solutions, Rolls Royce (MTU), Wärtsilä, and Winterthur Gas & Diesel, as well as from ExxonMobil, Shell, and Total on the supply side, SEA-LNG said.

Methane emissions from the supply chains as well as methane released during the onboard combustion process (methane slip) have been included in the analysis.

“Often based on outdated data, methane slip has become an overused argument for those wishing to justify inaction. The Sphera study underlines the advances being made to counteract this concern. Its analysis provides independent confirmation that, by 2030, methane slip will have been virtually eliminated as technological improvements continue. The facts consistently confirm that there is no deep-sea alternative fuel in the short to medium term other than LNG. LNG remains the clear starting point for a carbon-neutral future for shipping, especially as the pathway forward includes bio and synthetic products. Waiting is not an option. The industry must act now to capture the benefits that are clearly there for the taking by using LNG,” Keller said.

Importantly, the study also reaffirms that the use of LNG as a marine fuel has significant air quality benefits, with local emissions, such as sulphur oxides (SOx), nitrogen oxides (NOx) and particulate matter (PM), all close to zero.

Samir Bailouni, the chairman of the Society for Gas as a Marine Fuel (SGMF), added, “It is important the industry has the best information to make often complex choices between fuels. This study provides authoritative, high-quality data on Well-to-Wake emissions for LNG.”

Recognition for LNG and its pathway to a decarbonised future for shipping is accelerating. The transition to bio and eventually synthetic LNG is straightforward, as the existing infrastructure and engine technology remain the same. The standards, guidelines and operational protocols are already in place. It also provides an asset base that can be used by other alternative fuels, when and if they become commercially viable, SEA-LNG said.