International oil supermajor, Royal Dutch Shell today released its first quarter results. The company reported increase in its first quarter earnings, recording earnings of $7.7 billion on a current cost of supplies (CCS) basis, an 11 per cent increase when compared with $6.9 billion in the same quarter a year ago.

In Australia, first gas entered the 4.3 mtpa capacity Pluto LNG project (Shell indirect share 21%). The project is expected to produce some 140 thousand boe/d at peak production. Shell signed a binding agreement for the long-term supply of 2 mtpa of LNG to CPC Corporation, Taiwan (“CPC”) for 20 years from 2016.

In the United States, first production was achieved at the Caesar/Tonga deepwater project (Shell share 22.5%) in the Gulf of Mexico. At peak the project is expected to produce some 40 thousand boe/d. Shell continued to divest Upstream

positions during the first quarter of 2012, with proceeds totalling some $2.1 billion, including among others its 40% participating interest in the oil and gas exploration block BS-4 in the Santos Basin offshore Brazil and the proceeds from the sale of Shell’s interests in the natural gas transport infrastructure joint venture Gassled in Norway.

Also, in Australia, Shell agreed to sell a combined 32.5% participating interest in the Prelude Floating LNG project under separate agreements to Inpex (17.5%), Kogas (10%) and CPC (5%), with divestment proceeds expected later in 2012. The completion of these transactions is subject to conditions precedent including regulatory approvals. The combined 32.5% participating interest represents a net book value of some $0.5 billion at the end of the first quarter 2012.

During the first quarter of 2012, Shell had a successful appraisal at the Appomattox discovery (Shell share 80%) in the Gulf of Mexico. This prospect is now believed to hold around 500 million boe of potential resources, doubling the previous estimates, with further upside potential. As part of its global exploration programme, Shell spent some $0.6 billion on new acreage positions during the quarter, totalling some 77,000 square kilometres.

Voser commented: “We continue to mature new investment options for medium-term growth, including new exploration acreage and positive results from the on-going appraisal of the Appomattox oil discovery in the Gulf of Mexico, where we see scope for some 500 million boe of resources with further upside potential.

In April, Cove Energy plc’s  management has recommended Shell’s intended cash offer of £2.20 per share for the entire issued and to be issued share capital of Cove Energy. Cove Energy has a 8.5% stake in the Mozambique Rovuma Offshore Area 1 Block, a 10% stake in an onshore block in Mozambique and various stakes in 7 offshore blocks in Kenya. The offer values Cove Energy at some $1.8 billion. 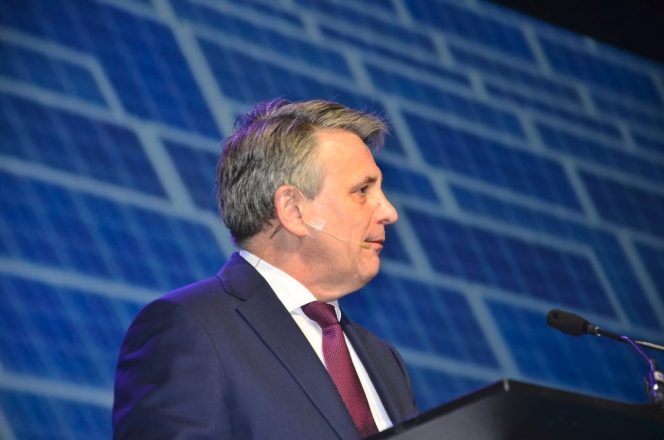