Spirit of Vancouver Island Returns to Service after LNG Conversion

BC Ferries’ second Spirit-class vessel has returned to service after completing its mid-life upgrade and liquefied natural gas (LNG) conversion in Poland this spring.

The Spirit of Vancouver Island is now capable of operating on LNG and will, together with sister vessel Spirit of British Columbia, reduce BC Ferries’ CO2 emissions by 12,500 tonnes per year, according to company estimates.

“Operating these vessels on natural gas is both environmentally sound and good for affordable travel,” Mark Collins, President and CEO of BC Ferries, said.

“We expect to reduce fuel costs by millions of dollars by running these vessels on LNG.”

The Spirit of Vancouver Island completed the refit at Poland’s Remontowa Shiprepair Yard. It sailed from Gdansk on February 28, 2019, after spending three months at the yard as part of its upgrade.

BC Ferries said the Spirit of British Columbia was the first passenger vessel in the world to fuel LNG on a totally-enclosed deck. The company now has five ships that operate on cleaner natural gas, two Spirit-class and three Salish-class ferries.

The company plans to introduce hybrid-electric ferries to serve inter-island routes next year. 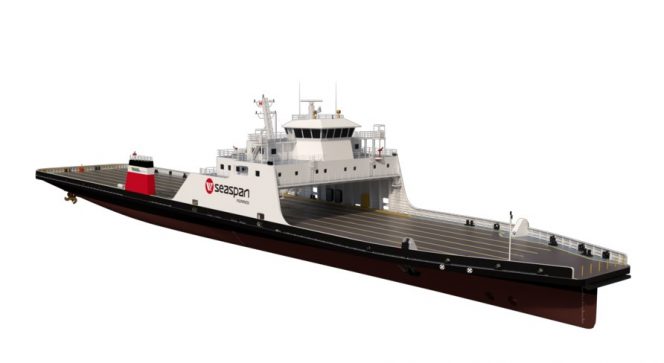