Statoil and the partners in the Johan Sverdrup field have decided on a concept for the first development phase. The partners have agreed on a field centre consisting of four installations and power from shore.

Johan Sverdrup is among the largest oil fields on the Norwegian shelf, and will at peak contribute with 25% of the production from the Norwegian shelf. The giant field is expected to start production in late 2019. The field lifetime will be 50 years, with an anticipated plateau production of 550,000-650,000 barrels of oil equivalent/day (boe/d) field capacity (Statoil share ~40%).

The partners have decided on power from shore for the Johan Sverdrup field in the first phase, which will reduce total CO2 emissions from the Utsira High area by 60-70%.

“This is historic. We have not made a concept selection for a field this size since the 1980s,” says Arne Sigve Nylund, executive vice president for development and production in Norway.

The field will be developed in multiple phases. The design capacity of the first phase is 315,000 barrels of oil equivalents per day field capacity (Statoil share ~40%) with an expected production between 315,000 and 380,000 boe/d in the early phase. Pre-drilling of wells will contribute to a rapid production ramp-up.

“The ambition is a recovery rate of 70% for the full field,” says Øivind Reinertsen, senior vice president of the Johan Sverdrup field.

Investments in the first phase are estimated at between NOK 100-120 billion. These include the field centre, wells, export solutions for oil and gas, and power supply. The estimates also include contingencies and provisions for market adjustments. In addition, the first phase will facilitate measures for improved oil recovery.
The partners are working continuously to lower the investment level for the first phase.

The field centre in the first phase comprises a process platform, drilling platform, riser platform and living quarter, and has been designed so as to facilitate future development. The installations have steel jackets that are linked by bridges. The water depth is approximately 120 metres in the area.

Power from shore
Johan Sverdrup phase 1 will be supplied with power from shore with a transformer on Kårstø delivering direct current to the riser platform, ensuring an estimated 80 MW.

As part of the plan for development and operations, scheduled to be delivered in early 2015, alternative power solutions for the future phases will be described. One of the alternatives will be power from shore to the whole Utsira High area based on updated power requirements.

“This alternative, if selected, has the potential to capture more than 90% of the total CO2 emissions from this area,” says Reinertsen.

Export solutions
The export solution for oil and gas from Johan Sverdrup is based on transport to shore through dedicated pipelines. The oil will be transported to the Mongstad terminal in Hordaland county.

The gas will be transported via Statpipe to Kårstø in Rogaland county for processing and transport onward.

“Johan Sverdrup is the result of 40 years of development and activities on the Norwegian shelf. This is the opportunity to advance history several steps,” summarises Nylund.

• Johan Sverdrup is an oil field.
• Johan Sverdrup consists of a combined discovery which makes up one field.
• Location: Utsira High in the North Sea, 140 kilometres west from Stavanger.
• The water depth is 120 metres, and the reservoir depth is 1,900 metres.
• We expect approval of the plan for development and operation (PDO) during the Norwegian Parliament’s (Stortinget) spring session in 2015.
• Production start is expected at the end of 2019.
• The field has a production horizon beyond 2050.
• The first phase is the establishment of a field centre consisting of four platforms.
• Oil transport via pipeline to the Mongstad terminal in Hordaland, and gas transport to Statpipe, and then further to the Kårstø processing plant in northern Rogaland.
• The field will receive power from land. 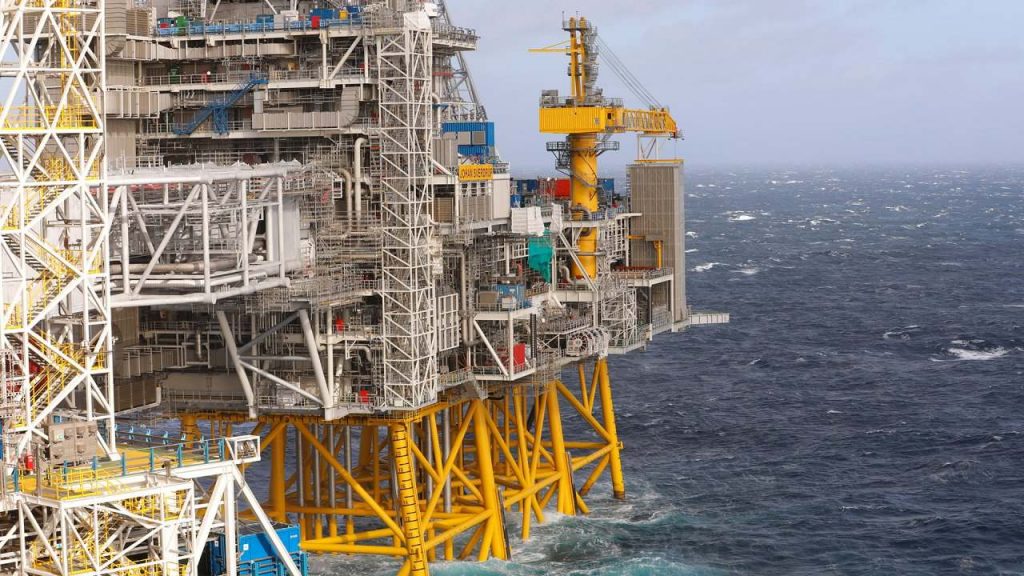