Statoil with partners Petoro and OMV have started the world’s first wet gas compression on the seabed of the North Sea Gullfaks field.​

The unique technology will increase recovery by 22 million barrels of oil equivalent (oe) and extend plateau production by around two years from the Gullfaks South Brent reservoir, Statoil wrote.

“We are very proud that we have been able to complete such a demanding pioneering project with start-up ahead of the original plan,” says Margareth Øvrum, executive vice president for Technology, Projects & Drilling (TPD).

“Subsea processing and gas compression represent the next generation oil and gas recovery, taking us a big step forward,” she says.

The two projects are the first of their kind worldwide, and represent two different technologies for maintaining production when the reservoir pressure drops after a certain time, Statoil explained.

Subsea compression is an important technological leap to further develop the concept of a subsea factory.

“This is one of several important projects on Gullfaks for improved recovery and field life extension. The recovery rate from the Gullfaks South Brent reservoir may be increased from 62% to 74% by applying this solution in combination with other measures,” says Kjetil Hove, senior vice president for the operations west cluster.

It is also possible to tie in other subsea wells to the wet gas compressor via existing pipelines. The station has already been prepared for new tie-ins.

“We see great opportunities for wet gas compression on the Norwegian continental shelf. It is an efficient system and a concept that can be used for improved recovery on small and medium-sized fields. We are searching for more candidates that are suitable,” says Hove.

The advantage of a wet gas compressor is that it does not require gas and liquid separation before compression, thereby simplifying the system considerably and requiring smaller modules and a simpler structure on the seabed, the company adds.

“The Gullfaks wet gas compressor is a unique, compact and cost-effective solution. The concept may be standardised by applying well-known technology components,” says Øvrum.

The system consists of a 420-tonne protective structure, a compressor station with two five-megawatt compressors totalling 650 tonnes, and all equipment needed for power supply and system control on the platform.

Extensive preparations had been made on Gullfaks C before the subsea compressor could be started, including modifications and preparation of areas as well as installation of equipment. 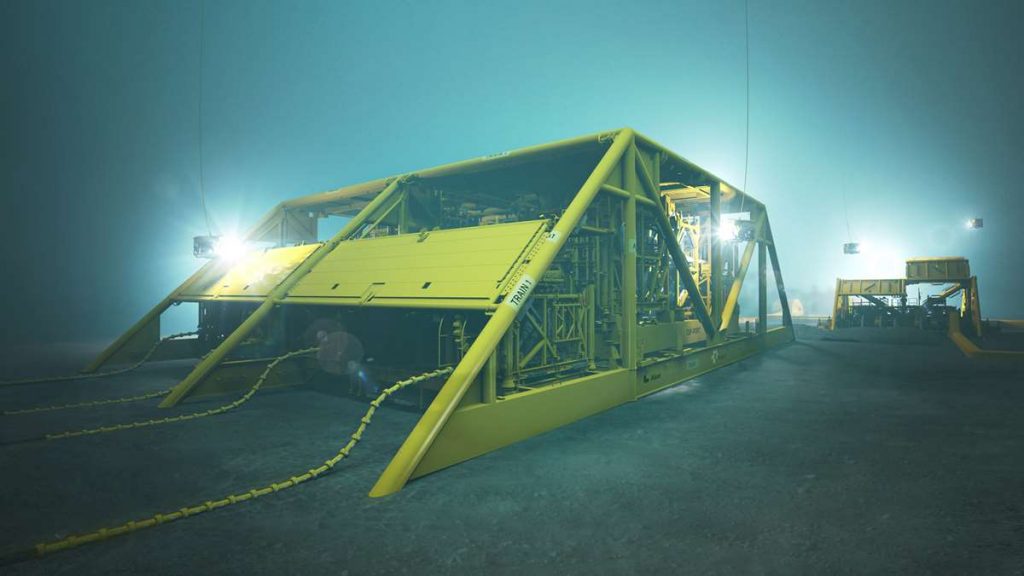