Japanese shipbuilder Sumitomo Heavy Industries Marine & Engineering has secured an Approval in Principle (AiP) from ClassNK for the design of a methanol dual-fueled tanker.

The classification society confirmed that the design was in compliance with the IMO’s “Interim Guidelines for the Safety of Ships using Methyl/Ethyl Alcohol as fuels” published in December 2020, and the “Guidelines for Ships Using Low-Flashpoint Fuels” published by the society in 2019.

“In detail design, regarding methanol fuel, due consideration is required to properly reduce potential risk of fire and leakage by its low flash point and toxic. Our tanker is carefully designed to install a main engine and methanol fuel supply system such as fuel pump, fuel tank and fuel control system which enable to use both methanol fuel and fuel oil. Our tanker also uses double walled fuel oil piping, a leak detection system, etc. to ensure higher safety against leakage and fire,” Sumitomo Heavy Industries said.

Since the safety requirements for the use of low-flashpoint fuels such as methanol were not clearly provided in the IGF Code, ClassNK has developed its own guidelines in 2019 for such fuels based on IMO discussions and technological trends at that time.

The Japanese shipbuilder has been very busy on the decarbonization front securing approvals for different dual-fuel designs.

The tanker will be fitted with an ME-GI type main engine designed by MAN Energy & Solutions, with the capacity to substantially reduce the methane slip.

Sumitomo said that the vessel can slash the amount of sulfur oxide (SOx), nitrogen oxide (NOx) and carbon dioxide (CO2) contained in the engine exhaust gas by using LNG as a primary fuel.

As such, the tanker is expected to exceed the level of Phase 3 of the Energy Efficiency Design Index (EEDI), which will be mandatory to ships deployed in the international trade. 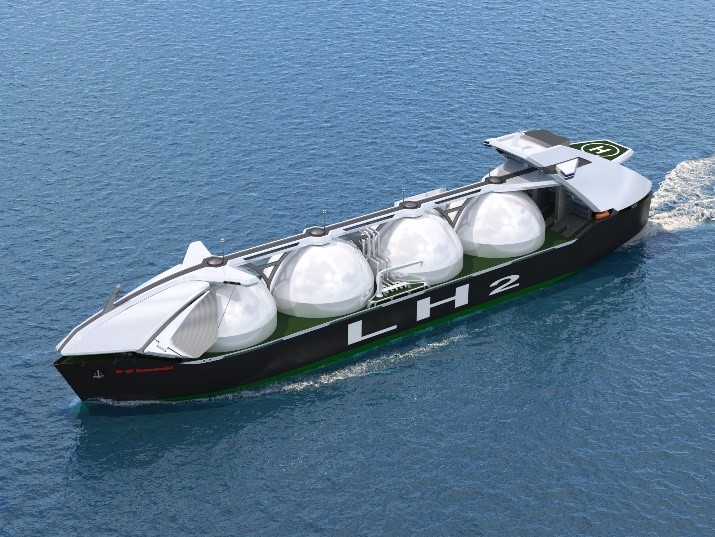