After months of sluggish recovery, the tanker market is finally bouncing back, especially moving into the fourth quarter of the year.

The upturn is particularly present in the crude oil market, based on the data from BIMCO, with rates moving from USD 4,000 per day during the summer to USD 33,500 in October.

Commenting on the drivers behind the rate hikes, BIMCO’s Chief Shipping Analyst, Peter Sand, said that it was not clear “whether this is a dead cat bounce, or winter arriving early, just as refinery maintenance has been concluded for the season.”

Sand said that the impact was also felt from the ongoing and busy typhoon season in the North West Pacific, affecting Asia at large, that has disrupted normal shipping business and may have tilted the balance in favour of owners for the time being.

“Earnings for an LR2 moved up to USD 12,838 by November 2, 2018, with LR1s and MRs rising only slowly. We know oil tankers often enjoy an upswing with some lag to the crude oil tankers, and this may bring a little relief to the oil product tankers in the final two months of 2018,” BIMCO said.

Can we expect a normal winter market for tankers?

Winter is commonly a period of greater demand for tankers when rates go up. However, numerous headwinds could compromise the benefits from seasonal demand increase driven mainly by geopolitical developments.

“What we saw in October was positive, but there is likely to be volatility this winter as geopolitical issues have been piling up. However, we expect some positive seasonality to return, after last year’s absence,” Sand explained.

Trade war between China and the U.S. has seen Chinese imports of U.S. crude oil drop to zero in August and September, despite the fact that the sector was not included in the tit for tat tariffs.

Furthermore, the impact of the sanctions against Iran is yet to be determined. Certain tanker owners expect that the dislocation of Iranian oil exports and locking of a portion of these exports in floating storage would be good for the market.

In the meantime, the U.S. has granted “waivers” to eight countries including, Japan, India, Italy and South Korea, all of which are among the top 10 buyers of U.S. crude oil.

“Initially, the impact will be that oil exports out of Iran will continue. In the medium term, it will matter how much oil imports are waived and whether it is a fixed volume, or one that must be gradually reduced,” Sand added.

“A large proportion of Iranian exports go to Asia – two-thirds to India and China alone. On top of the already low visibility into the demand for oil and, subsequently, tankers, we see changing trade lanes caused by the US sanctions on Iran. A shift away from Iran primarily to other Middle Eastern exporters doesn’t change trading patterns much, as barrels will be switched with heavy sour crude oil of a similar quality.” 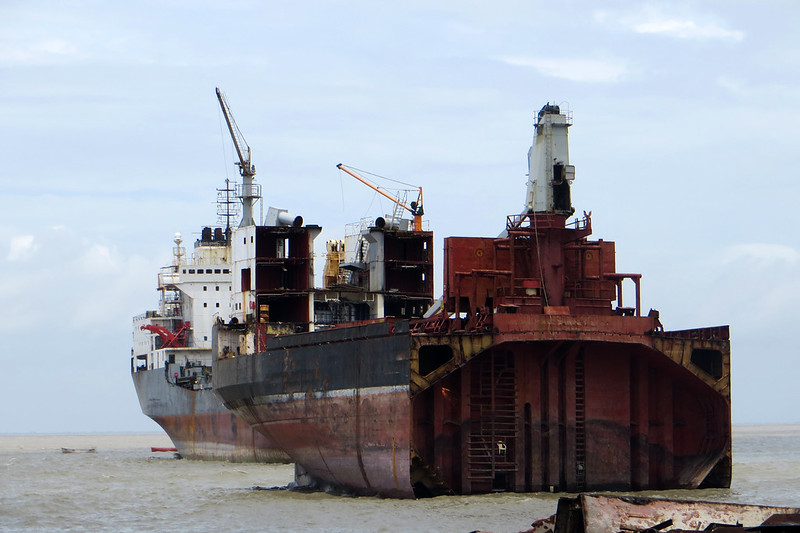