Florida’s MTN Communications says the number of Terrestrial Broadband Network-connected cruise ships has doubled and covered regions have tripled one year after the TBN’s launch.

Since the MTN TBN kick-off in Alaska in the Summer 2013 cruise season, several MTN partners, including Norwegian Cruise Line and Princess Cruises, have started using this new technology.

The MTN TBN optimizes the onboard bandwidth available to passengers and crew, especially when their ships enter port.

MTN says that the TBN connectivity enables up to six times more bandwidth for communications and content sharing on the ship.

Passengers and crew today expect faster, land-like connectivity at sea. The challenge for operators has been staying ahead of demand while dealing with the cost of adding what has traditionally been only satellite bandwidth.

MTN launched its TBN as one key component of its hybrid communications ecosystem. It is transforming communications at sea by enabling ships to connect through a hybrid network that switches from satellite to the TBN, delivering higher network performance and speeds.

Since launching the TBN on cruise ships in Alaska last year, the company has expanded this new form of connectivity beyond Alaska. MTN access points now cover the East and West Coasts of the U.S., the Caribbean, the Mediterranean and the United Kingdom, the highest trafficked cruising areas.

“The reason behind launching the MTN TBN was to allow our customers to leverage a more practical communications ‘pipe’ while in port, versus costly satellite bandwidth,” said Brent Horwitz, senior vice president and general manager, cruise and ferry services, MTN. 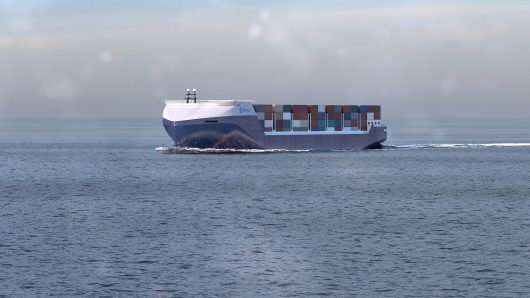