ConocoPhillips has hired TechnipFMC for the supply of Subsea Production System (SPS) for its Barossa offshore gas and condensate project offshore Australia.

TechnipFMC’s subsidiary Technip Oceania will be delivering the system and the associated SPS installation support for the project located 300 kilometers north of Darwin. In a separate statement, ConocoPhillips’ partner in the project Santos said the TechnipFMC contract included the engineering, design and fabrication of wellheads, manifolds and control system as well as installation and commissioning assistance.

The Barossa offshore gas and light condensate project is currently in the front-end engineering design (FEED) phase. Subject to commercial arrangements being agreed, Barossa will provide a new source of gas to the existing Darwin LNG facility when the current offshore gas supply from Bayu-Undan is exhausted, ConocoPhillips has said.

Commenting on the SPS contract, ConocoPhillips Australia West President Chris Wilson said the award was “another significant step in positioning Barossa as a leading candidate to extend the life of the Darwin LNG facility for another two decades.”

“This award represents a significant milestone in the Barossa Project. The SPS facilities include critical, long lead time equipment which is required to be ordered prior to a final investment decision in order to meet the project schedule,” Mr. Wilson said.

“We continue to focus on strong cost discipline with all our selected contractors, developing the certainty of cost, schedule and execution planning required to compete in our global portfolio and support a final investment decision.”

Santos Managing Director and Chief Executive Officer Kevin Gallagher said: “This is the first EPC contract to be awarded for Barossa and a big vote of confidence in its position as the leading project to backfill DLNG. We’re making good progress in the front-end engineering and design (FEED) phase including the evaluation of bids for the gas export pipeline.”

He added: “We are also looking at technical proposals for the floating production storage and offloading facility from both MODEC and the Technip/Samsung Heavy Industries consortium. An invitation to tender for the development drilling contract has also been released, further advancing the project to meet DLNG’s backfill timetable.”

“Barossa’s successful development will more than double Santos’ Northern Australia production based on our higher equity position in the project,” Gallagher said.

Santos, which holds a 25 percent stake in the project, said the partnership was targeting FID in early 2020. 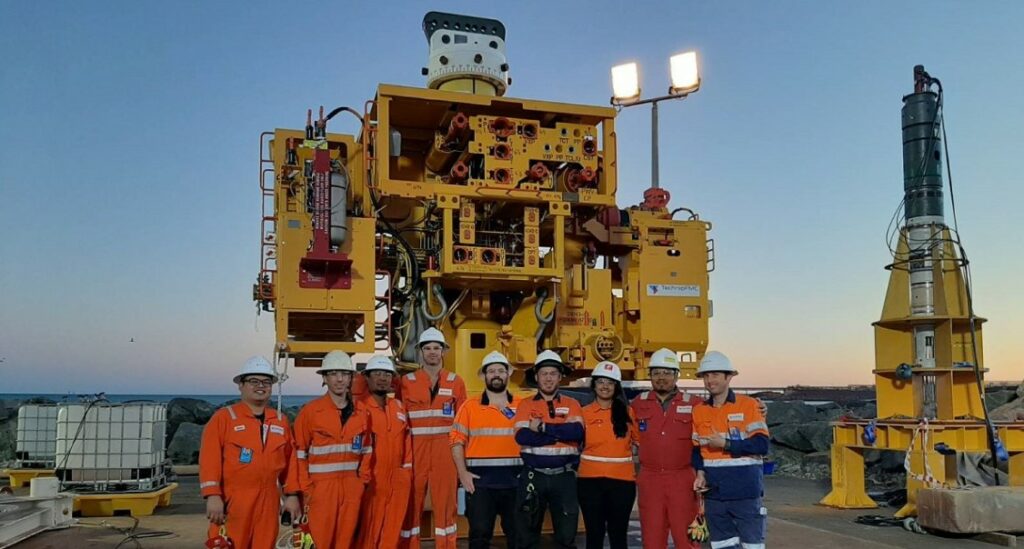