These agreements come after entering into an option agreement for the nearby Orinduik Block. Subject to the approval of relevant authorities, Total will thus own exploration rights to an area covering over 12,000 square kilometers in the Guyana Basin.

“Total is very pleased with this significant entry in the prolific Guyana Basin,” says Arnaud Breuillac, President, Exploration & Production at Total. “The Canje, Kanuku and Orinduik blocks are located in a very favorable petroleum context, evidenced by the Liza discovery in 2015. Acquiring interests in these highly prospective licenses is in line with the new exploration strategy in place since 2015.”

Total will acquire a 35% working interest in the Canje Block, located in water depths of 1,700 to 3,000 meters, under the terms of the agreement signed with an affiliate of Canadian company JHI Associates, Inc. and Guyana-based company Mid-Atlantic Oil & Gas, Inc. These two companies will retain a shared 30% interest alongside operator ExxonMobil (35%).

Also, Total will buy a 25% working interest in the Kanuku Block, located in water depths of 70 to 100 meters, under the terms of the agreement signed with operator Repsol (37.5%), and will be a partner alongside Tullow (37.5%).

Total holds an option to purchase a 25% working interest in the Orinduik Block, located in water depths of 70 to 100 meters, under the terms of the agreement signed in September 2017 with an affiliate of Canadian company Eco Atlantic Oil & Gas Ltd, who will retain a 15% interest following exercise of the option, alongside operator Tullow (60%).

Guyana, a non-oil producing country resting on the northern coast of South America, might soon become an oil and gas powerhouse in the region.

This is according to the energy analytics company Wood Mackenzie, whose analysts recently said that a string of Exxon’s recent offshore discoveries put Guyana on the map as the country currently does not produce any oil.

While the country is currently not producing any oil Woodmac expects 350,000-400,000 b/d of oil production by 2026, making Guyana one of top oil producers in Latin America.

Woodmac expects big production numbers by 2026, however, first oil is not expected before 2020, when Exxon plans to bring the first phase of the Liza development online, using an FPSO supplied by SBM Offshore.

Phase 1 is expected to cost just over $4.4 billion, which includes a lease capitalization cost of approximately $1.2 billion for the FPSO unit.

According to Rystad Energy, a Norway-based energy intelligence company, Guyana was among the top three countries in terms of discovered volumes in 2017.

In Guyana, ExxonMobil added another 1 billion boe of recoverable resources through its 2017 large discoveries like Payara, Turbot and Snoek. 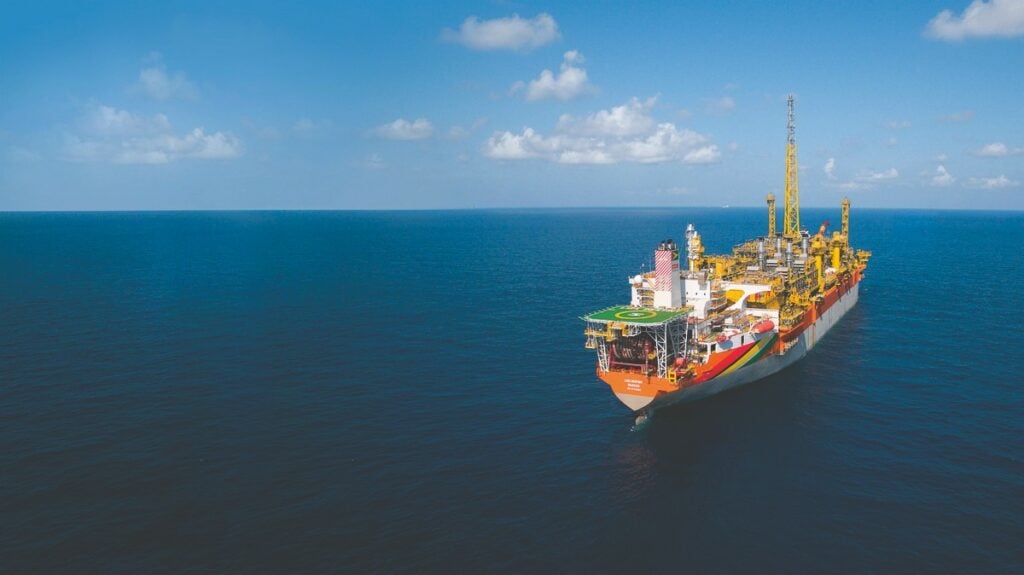