A geophysical survey at a site where TotalEnergies and GIG plan to build their 1.5 GW UK offshore wind project is nearing the finish line after almost five months of investigations.

The developers contracted Enviros Survey & Consultancy to carry out the work after being awarded a Contract for Difference (CfD) for their Outer Dowsing project in the UK’s Offshore Wind Leasing Round 4. At the beginning of this year, Julien Pouget, Senior Vice President Renewables at TotalEnergies, said the project was the company’s largest renewables development in Europe to date.

Enviros commenced site investigations in August, using the vessel Guard Celena, with the completion date set for 29 December. While performing the survey offshore this October, the company discovered a wreck in the area, which was not on the Admiralty chart or wreckfinder.

Located approximately 60 kilometres East of the Humber Estuary, the site is in the Eastern Regions zone in the Crown Estate’s Offshore Wind Leasing Round 4.

TotalEnergies and GIG’s 1.5 GW project proposal was selected together with five other projects, including BP and EnBW’s 3 GW Morgan and Mona development, for which the developers started surveys at the end of June and deployed two floating LiDARs this Fall.

The Crown Estate is currently undertaking a Plan-Level Habitats Regulations Assessment (HRA) of the Round 4 leasing plan and, subject to the outcome of the HRA, agreements for leases are scheduled to be signed by Spring 2022.

For the Outer Dowsing project lease, TotalEnergies and GIG have committed to an investment of around €95,000 in an annual option fee during the development phase. 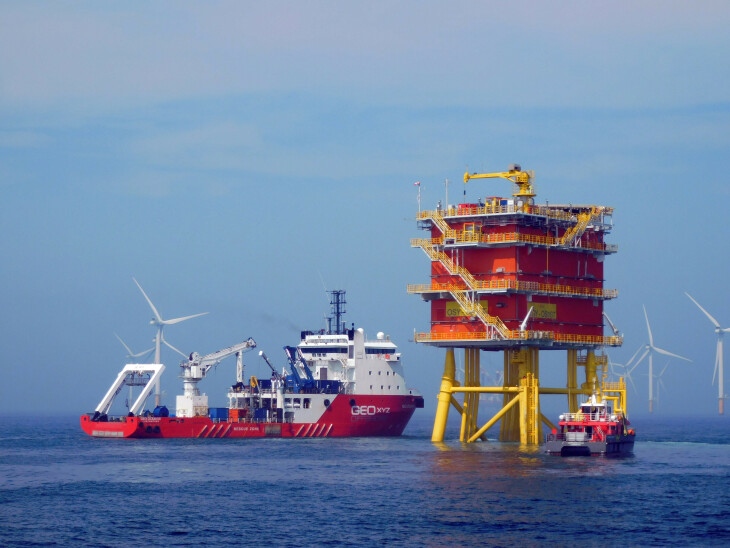