U.S. President Donald Trump has signed an order to extend an offshore oil drilling ban in the eastern Gulf of Mexico off Florida until 2032 as he seeks to win support in the state ahead of the election.

The executive order, signed on Tuesday, would also expand the ban to Florida’s Atlantic coast and the coasts of Georgia and South Carolina.

“This protects your beautiful Gulf and your beautiful ocean, and it will for a long time to come“, Trump said in front of Florida’s Jupiter Inlet Lighthouse and Museum after signing the executive order while officials from the three states watched on.

While interest in offshore drilling has waned with lacklustre oil demand during the novel coronavirus pandemic, the order could be reversed by a future president – as Trump tried at the start of his mandate.

Trump (not) an environmentalist

In 2017, Trump signed an executive order focused on opening more areas in the U.S. for offshore oil and gas exploration.

Former President Barack Obama in his final days in the office withdrew millions of acres in the Arctic and the Atlantic Ocean from future oil and gas activity but pro-oil and gas officials hoped the next president would be able to overturn Obama’s actions.

Fortunately, or unfortunately – depending on your point of view and interests – Trump’s 2017 executive order overturning his predecessor’s ban of oil and gas activity in certain areas in the U.S. Arctic and canyons in the Atlantic Ocean, was deemed illegal and invalid by a federal judge in Alaska in late March 2019.

Everything could be an edge in the elections

The Trump administration – which wanted to expand U.S. oil and gas drilling and roll back Obama-era rules on pollution from fossil fuels – originally wanted to expand offshore drilling off many of America’s coasts, Florida included.

The moratorium on drilling in the eastern Gulf of Mexico was set to expire in 2022. Republican U.S. Senator Marco Rubio of Florida, who has a bill to extend it through 2027, said earlier this year he expected Trump to back his proposed extension.

But many believe that the ban extended by President Trump on Tuesday was nothing more than an attempt to score some points with voters.

The Washington Post quoted the executive director of the Natural Resources Defense Council Action Fund Kevin S. Curtis: “Donald Trump thinks he can con voters into giving him a pass on four years of environmental failure. It’s been a disaster for Floridians, who are paying the price for the climate crisis — rising seas, flooding, algal blooms, supercharged storms and more — with worse to come if Trump gets four more years”.

Also, Politico noted that eight critical states which could swing the 2020 election on Trump’s or Biden’s side will be Arizona, Georgia, Michigan, Minnesota, North Carolina, Pennsylvania, Wisconsin, and of course – Florida.

A recent NBC/Marist poll showed Trump and Biden tied in Florida with each getting the support of 48 per cent of likely voters.

Biden opposes new permits for drilling in federal lands and waters. The former vice president said that Trump has refused to listen to scientists on climate change and his environmental record has mostly been about eliminating rules on clean air and water and opening up public lands to drilling.

On Twitter, Biden said: “Just months ago, Donald Trump was planning to allow oil and gas drilling off the coast of Florida.

“Now, with 56 days until the election, he conveniently says that he changed his mind. Unbelievable. You don’t have to guess where I stand: I oppose new offshore drilling”.

Immediately, the National Ocean Industries Association complained that Trump’s move limits the production of domestic energy and raw materials for plastics, such as those used for protection against the coronavirus.

NOIA president Erik Milito said: “Our preference should always be to produce homegrown American energy, instead of deferring future production to countries like Russia and Iran, which do not share American values. Limiting access to our offshore energy resources only shortchanges America and dulls our national outlook”.

On the other hand, environmentalists like Jaclyn Lopez, a Florida native with the Center for Biological Diversity Action Fund, said: “This desperate political stunt won’t make Floridians forget that Trump was the one that proposed opening our state to drilling in the first place“.

Oil company Talos Energy said on Wednesday that its business would not be impacted by the Presidential Order as all its assets lie in the Central and Western Gulf of Mexico planning areas unaffected by the order.

But a more important piece of information provided by Talos is that oil and gas production from the U.S. Gulf of Mexico contributes over $28 billion to the U.S. economy annually and that the industry sustains over 340,000 jobs across all 50 states.

Royalties from oil and gas production, Talos stated, are the second largest contributor to the U.S. Treasury behind only the federal income tax. 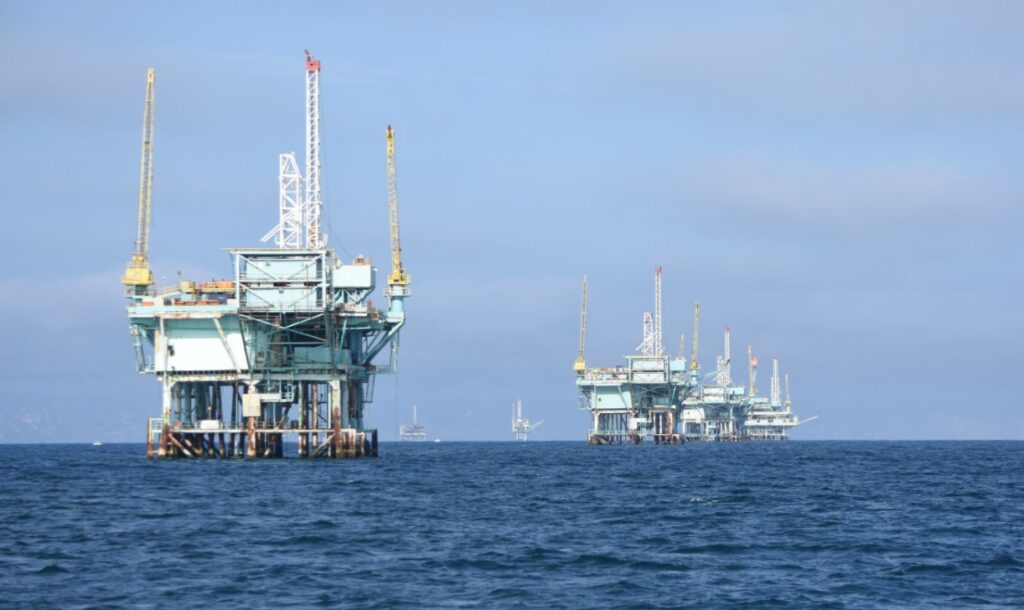