Tullow Oil, an independent oil and gas exploration and production company, on Wednesday reported a loss after tax for 2015 of $1.03 billion following write-downs exacerbated by lower oil prices.

According to Tullow’s 2015 full year report on Wednesday, these included an exploration pre-tax write-off totalling $749 million, a pre-tax impairment charge of $406 million and an onerous service contract charge of $186 million as a result of much lower levels of exploration and appraisal drilling activity planned for the first half of 2016. This is a second year in a row where Tullow reported a loss as the company’s 2014 loss amounted to $1.64 billion.

The company said it had reduced its headcount by 37% and was on track to deliver cash savings of around $500 million over three year period.

The Major Simplification Project started at the end of 2014, was completed in 2015, and is on track to deliver cash capex, opex and corporate cost savings of $0.5 billion over three years.

The 2016 capex programme comprises $0.6 billion for the TEN project, c.75% of which is to be invested in the first half of 2016 and $0.4 billion for other production and development activities.

Tullow Oil Chief Executive, Aidan Heavey, said: “In the year ahead, we have three key priorities: ensuring continued low cost production from West Africa – including the start-up of production from TEN between July and August 2016; driving further reductions in operating costs and capital expenditure; and focusing on deleveraging the balance sheet through free cash flow generation and strategic portfolio management.”

Heavey added: “As we look ahead, we have a portfolio of world class, low cost oil assets which will produce around 100,000 bopd in 2017 and a major position in one of the world’s newest, low cost, oil provinces in East Africa, both enabling us to create substantial value.”

Tullow’s average working interest production guidance for 2016 from West Africa and Europe is 73,000-80,000 bopd and 5,000-7,000 boepd respectively. This includes production in the second half of 2016 from the TEN development as it gradually ramps up following first oil.

Tullow is the operator of the TEN project, offshore Ghana, with 47.18% and its partners are Kosmos, Anadarko, GNPC and Petro SA.

TEN Project is over 85% complete and on track for first oil between July and August 2016. The TEN FPSO left Singapore heading to Ghana on January 23, 2016.

Arrival in Ghana is expected to be in early March and the vessel will move directly to the installation phase where it will be fixed to the seabed using pre-installed anchor chains and piles. This is followed by the hookup of subsea facilities to the FPSO via flowline risers and control umbilicals, much of which has also been pre-installed.

The eleven pre-drilled wells are now being completed with the sixth completion under way, Tullow said. The integrated facilities will undergo final commissioning and testing during the second quarter and following start-up, a gradual ramp up in production towards plateau is anticipated during the second half of 2016. Tullow estimates that TEN average production in 2016 will be around 23,000 bopd gross (net: 11,000 bopd).

The TEN Project is located in the Deepwater Tano Contract Area, 60 kilometres off the coast of Ghana and around 30 kilometres west of the Tullow-operated Jubilee Field. 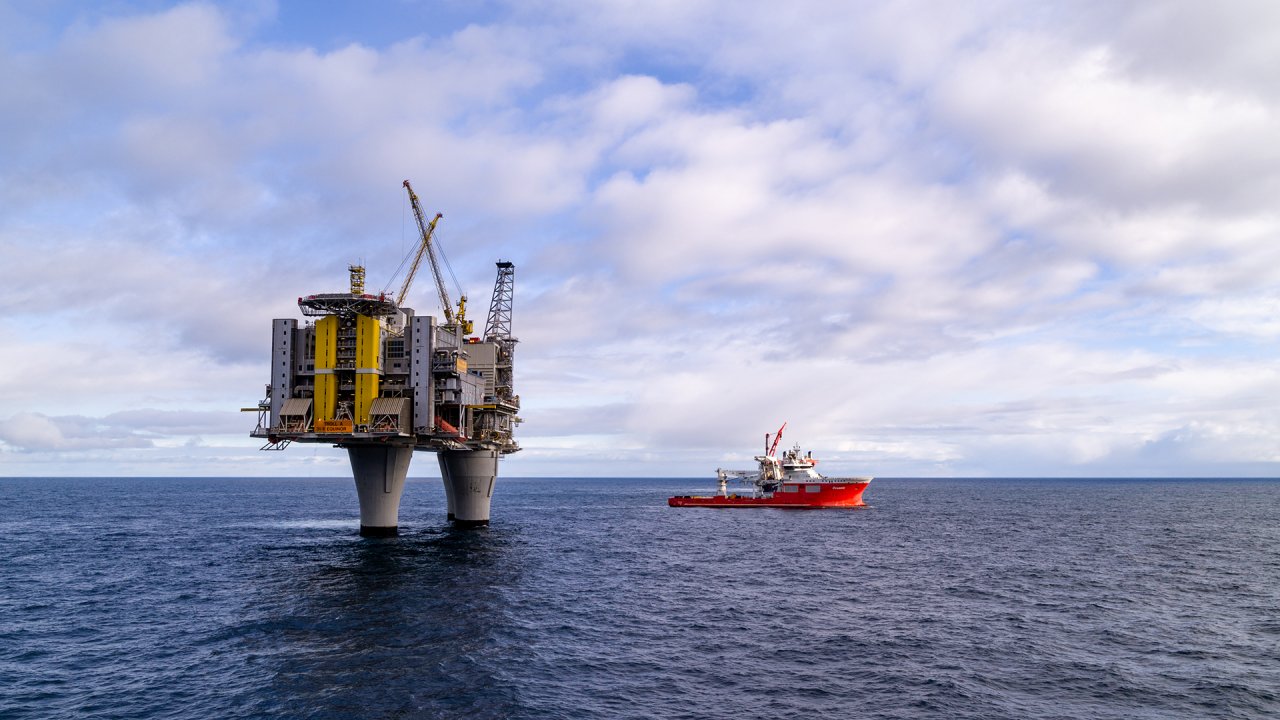