Carbon Trust will today issue a warning to the offshore wind industry that important new innovations to slash the cost of offshore wind power are at risk of remaining on the drawing board as the UK currently has nowhere to demonstrate new lower-cost foundations with more powerful offshore wind turbines.

The issue has become so critical that the Carbon Trust believes that without an urgent solution many of these new cost saving innovations won’t be available in time for the major rollout of Round 3 projects, which are expected to deliver up to 18GW of new generating capacity by 2020.

The cost of offshore wind energy is currently around £140 to £150/MWh. With innovation and cost reduction in a number of key areas, such as new foundations, the Carbon Trust has shown that costs can be reduced by up to a third; down to around £100/MWh. This level of cost reduction won’t happen unless new innovations are properly tested in situ to provide developers and financiers with technical assurance before undertaking major multi-billion pound procurement programmes.

The foundations of an offshore wind farm currently account for about 30 per cent of the typical wind farm costs, so improving their designs and reducing their installation costs can have a material impact on cutting the overall cost of energy generation. The Carbon Trust, through its Offshore Wind Accelerator (OWA), is backing four new foundation designs. They include the Universal Foundation, which can be installed without piling as it uses a giant suction bucket to bury the steel structure into the seabed, and the Keystone twisted jacket structure, which uses less steel than traditional foundations, thus reducing cost.

Prototypes of the Keystone and Universal Foundation designs have already been installed in UK waters, at the Hornsea and Dogger Bank Round 3 zones in the North Sea. They have been fitted with meteorological masts. The next important step is to demonstrate the new foundations with state-of-the-art 130 meter high wind turbines on top. The lack of demonstration sites puts this important next step at risk.

Phil de Villiers, the Head of Offshore wind at the Carbon Trust, speaking at the wind industry’s Offshore Wind 2013 conference in Manchester said:

“At present we have a Catch 22. We have the technology but we have no way of proving that it can work at scale because we currently have no suitable offshore demonstration sites in the UK ready to use. The bottom line is that unless we sort this issue out in the next few months we could be putting at risk the mass rollout of major new cost saving technologies which, in turn, can help reduce the overall offshore wind build bill by billions of pounds. We have a duty to ensure we hit our carbon targets at the least cost possible, so it’s in everyone’s interest, including the government, the industry and consumers, to fix this problem and fix it fast.” 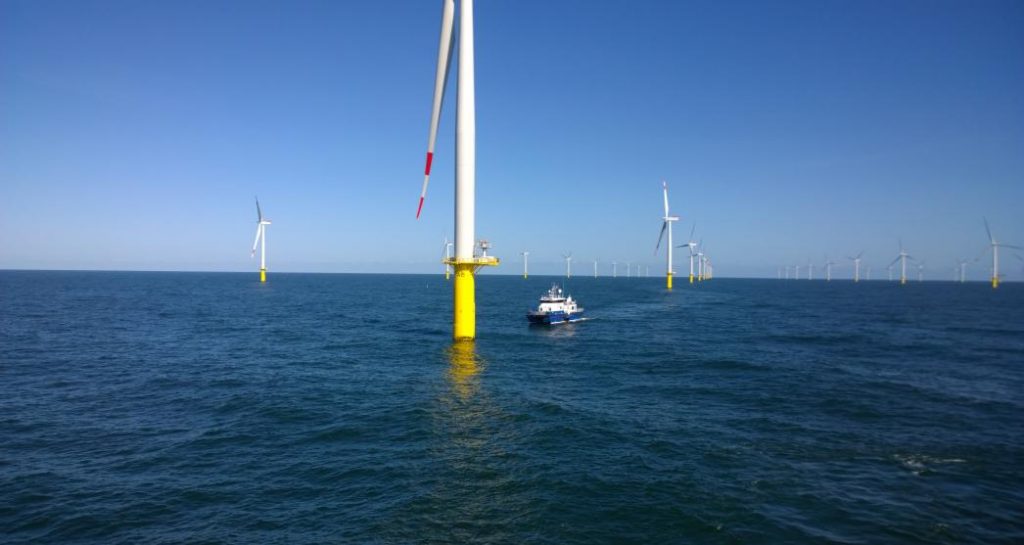