German energy company Uniper and the Dutch Vesta Terminals have signed a memorandum of understanding (MoU) to cooperate on establishing the first green ammonia hub in North-West Europe.

Under the MoU, the companies will evaluate the feasibility of refurbishing and expanding an existing storage facility in Vlissingen, the Netherlands, with the aim to create the green ammonia hub ‘Greenpoint Valley’.

Vesta Terminals in Vlissingen currently have 60,000 m3 of refrigerated storage capacity built for ammonia and as a future hub will be able to handle an initial throughput capacity of 0.96 mtpa.

The terminal is well located for the supply of green ammonia by seagoing vessels re-loading into barges and rail tank cars, the companies said in a joint statement.

In the second phase, the throughput capacity of the facility can be expanded to 1.92 mtpa and the terminal will be connected to the Dutch hydrogen pipeline network. The commissioning and start of operations are planned for the beginning of 2026.

Uniper said it intends to book capacity in the terminal to create an entry point into the Northwest European markets for its growing green ammonia and hydrogen activities.

Developing these markets is also expected to further strengthen the security of supply in Europe.

Uniper will pursue the potential capacity booking in Vlissingen in parallel to its ongoing Wilhelmshaven ammonia terminal project.

Andreas Gemballa, director of LNG and Global Energy Trading at Uniper Global Commodities SE, said: “We are proud to have achieved another step towards establishing a seaborne green hydrogen product portfolio at Uniper. With access to Vesta’s future terminal we will be able to supply our growing European customer base with green ammonia and green hydrogen products.”

Daan Schutte, director of Business Development of Vesta Terminals B.V., added: “Vesta is pleased to take this project forward with Uniper. The Greenpoint Valley project will become a gateway of green ammonia and hydrogen into Europe. With the development of Greenpoint Valley, Vesta and her shareholders are proud to contribute to the European energy transition.”

At the beginning of this month, Uniper signed two deals for the supply of LNG and ammonia to Europe.

One of the agreements was signed with Singapore-based unit of Australian energy major Woodside. The deal will see a supply of LNG from Woodside’s global portfolio into Europe, including Germany, from January 2023 until 2039.

In the second deal, Japanese energy giant Jera and Germany’s Uniper agreed on the procurement and sale of LNG and clean ammonia from the United States. 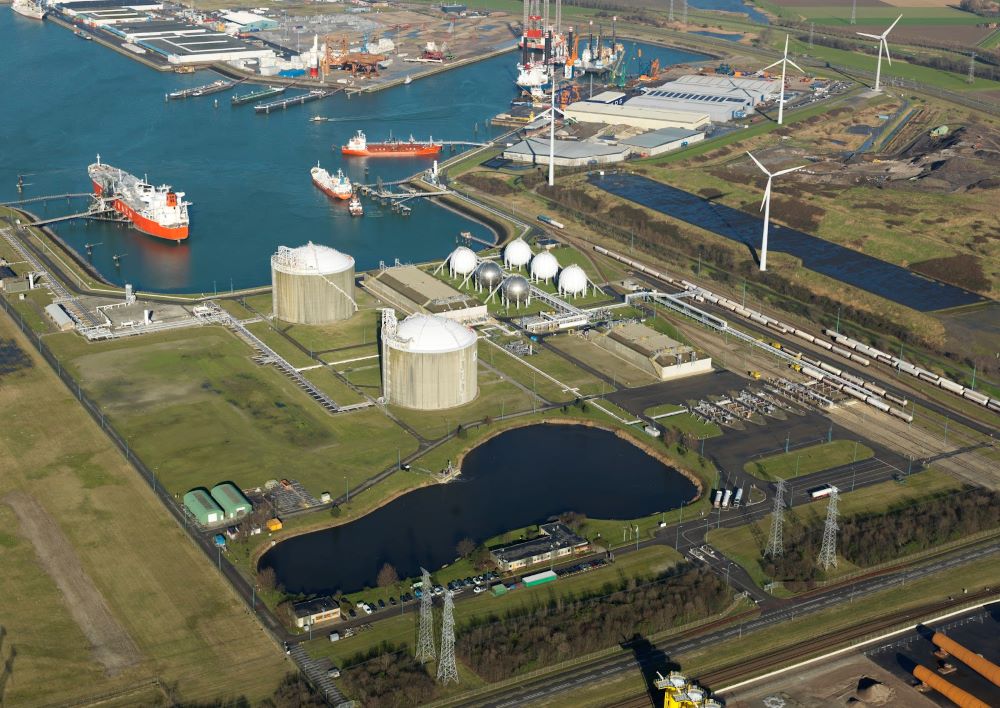