Qatar is the world’s largest LNG exporter and currently has a capacity to produce about 77 million tonnes per year.

The country has earlier this year unveiled expansion plans to boost the current capacity to 110 million tonnes per annum of LNG.

“The opening of our Doha office demonstrates Excelerate’s long-term commitment to the LNG industry, given that Qatar is the largest exporter of LNG globally,” Excelerate’s chief Steven Kobos said in a statement.

“This strategic location will allow us to better serve our partners and support their efforts in expanding Qatar’s LNG export capacity to emerging markets worldwide,” he said.

Worth mentioning, Qatar’s Nakilat, the world’s largest LNG shipping company, signed in June this year a deal with Excelerate to establish a joint venture company and acquire a 55 percent interest in FSRU Exquisite.

The 150,900-cbm vessel, currently serving as an import facility at Port Qasim in Pakistan, is the first FSRU to join Nakilat’s fleet.

It is the most utilised FSRU in the industry, having delivered more regasified LNG ashore than any other FSRU in history, the statement said.

The vessel will be receiving its 150th cargo of LNG from Qatargas later this year. 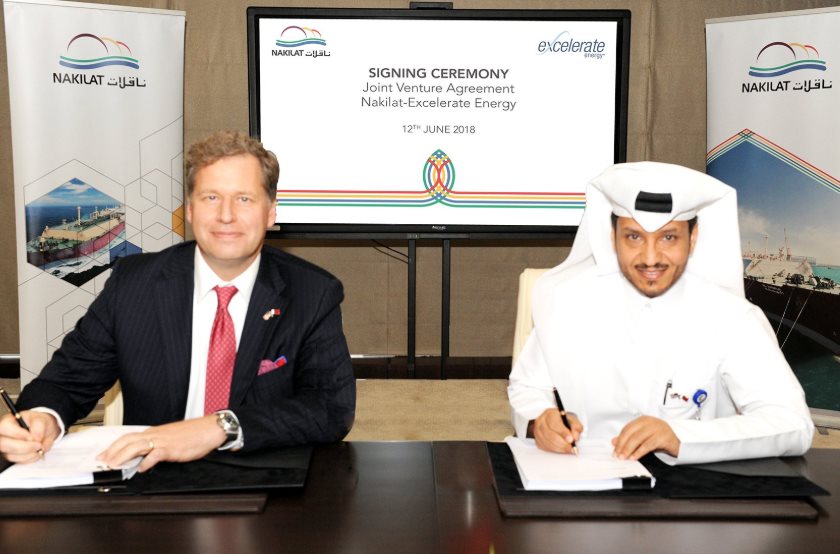