US senators John Thune (R-S.D.) and Amy Klobuchar (D-Minn.), both members of the Senate Committee on Commerce, Science, and Transportation, have introduced the Ocean Shipping Reform Act, bipartisan legislation that would update federal regulations for the global shipping industry.

The bill would level the playing field for US exporters by making it harder for ocean carriers to unreasonably refuse goods ready to export at ports, and it would give the Federal Maritime Commission (FMC) greater rulemaking authority to regulate harmful practices by carriers.

Specifically, the US Ocean Shipping Reform Act would:

“Unfortunately, that is not always the case, and producers across America are paying the price. The improvements made by this bill would provide the FMC with the tools necessary to address unreasonable practices by ocean carriers, holding them accountable for their bad-faith efforts that disenfranchise American producers, including those throughout South Dakota, who feed the world.”

“Especially with record inflation in prices of goods, this legislation would also benefit consumers by promoting the fluidity and efficiency of the supply chain,” Thune added.

“This legislation will level the playing field by giving the Federal Maritime Commission greater authority to regulate harmful practices by carriers and set rules on what fees carriers can reasonably charge shippers and transporters.”

Thune previously questioned stakeholders on the current supply chain crisis as well as the need for legislative solutions. In November 2021, he joined his colleagues in sending a letter to the FMC expressing concerns about how increased shipping costs are being passed on to American consumers.

Last March, Thune led a letter urging the FMC to investigate reports of unreasonable practices by ocean carriers, specifically their refusal to carry certain agriculture products from US ports back to Asia.

The House version of the bill, sponsored by Representatives John Garamendi (D-CA) and Dusty Johnson (R-ND), was approved by an overwhelming majority in December.

US needs a future-proof transportation system

The National Retail Federation (NRF) welcomed the introduction of the bill in the Senate.

“Now more than ever, it is essential that we prioritize and invest in changes to support a modern-day transportation system,” he pointed out.

“We appreciate the work of senators Klobuchar and Thune to expedite this critical legislation and look forward to supporting its swift consideration in the Senate and conference with the House.” 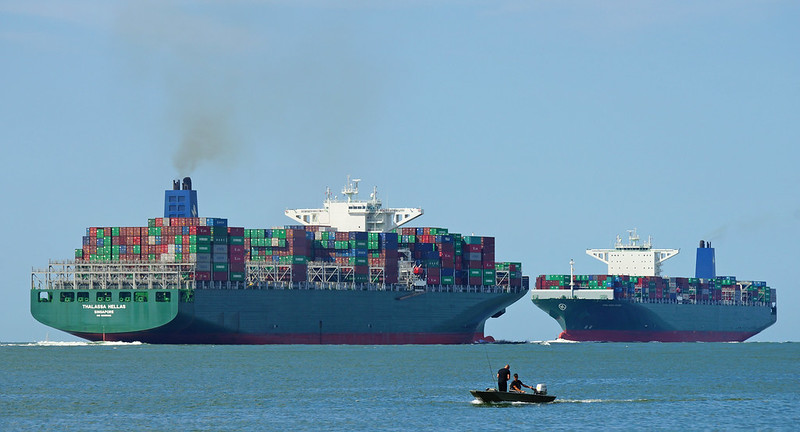