US Senators Push to Exempt Puerto Rico from Jones Act

US Senators John McCain and Mike Lee have introduced legislation that would permanently exempt Puerto Rico from the Jones Act to aid recovery efforts in the wake of Hurricane Maria and encourage long-term economic growth.

While the Trump administration granted a 10-day Jones Act waiver for Puerto Rico on September 28, the senators’ legislation, introduced the same day, would provide Puerto Rico with “the permanent, sustainable relief it needs to rebuild.”

“While I welcome the Trump administration’s Jones Act waiver for Puerto Rico, this short-term, 10-day exemption is insufficient to help the people of Puerto Rico recover and rebuild from Hurricane Maria,” Senator McCain said.

“Our legislation would permanently exempt Puerto Rico from the Jones Act, an antiquated, protectionist law that has driven up costs and crippled Puerto Rico’s economy. For years, I have fought to fully repeal the Jones Act, which has long outlived its purpose to the benefit of special interests. It’s time for Congress to take action, end this injustice, and help our fellow citizens in this time of need.”

The Jones Act requires that all goods shipped between waterborne ports of the United States be carried by vessels built in the US and owned and operated by Americans. Shipping costs from the US mainland to Puerto Rico have been estimated to be twice as much as from neighboring foreign islands. 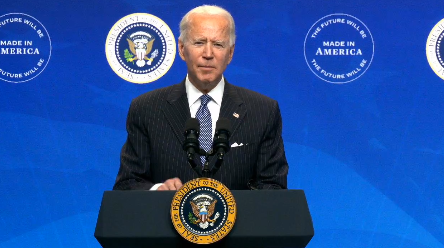 Biden backs the Jones Act in a new executive order
Posted: 2 months ago
US: New Jones Act compliant offshore wind vessel on the horizon
Posted: 4 months ago
Crowley and Esvagt to bring service operation vessels to USA
Posted: about 1 month ago