The Weaver’s Cove LNG terminal project was abandoned over a year ago, in June 2011, but Rhode Island Attorney General Peter F. Kilmartin continues his effort by seeking standards that would help prevent such a project in the future.

On Wednesday, Kilmartin, joined by Massachusetts Attorney General Martha Coakley, renewed a request to the federal government for rules for the location and siting of LNG import and storage facilities. Wednesday’s request comes in the form of an appeal filed in connection with an earlier petition for rulemaking directed to the Pipeline & Hazardous Materials Safety Administration within the United States Department of Transportation (USDOT).

This is the latest step in a petition that was first filed in September 2004. In early February, a lower official in the USDOT had denied the original request.

In support of the request, Attorney General Kilmartin stated, “While the State obviously had concerns about Weaver’s Cove’s proposal to construct an LNG facility in a densely-populated urban environment in Massachusetts, with tanker traffic transiting through actively-used Rhode Island waters, within close distance of populated shorelines, Rhode Island’s motives were – and remain – much more broad. Indeed, these motives apply to any number of other locations in close proximity to populated areas and heavily-used waters of Rhode Island on which future LNG developers may set their sights. The petition expresses concern not just about whether a single project goes forward, but over the need for USDOT to set standards that apply to any number of sites that could put Rhode Island’s citizens and natural resources at risk.”

The Weaver’s Cove LNG facility was proposed in December 2003 and became the target of an 8-year fight waged by the Attorney General’s office and other state officials to protect Narragansett Bay from hazards and closures.

Kilmartin said, “While that fight reached a successful conclusion when the developer withdrew the proposal in June of 2011, we do not want to have to have a repeat of that threat.” 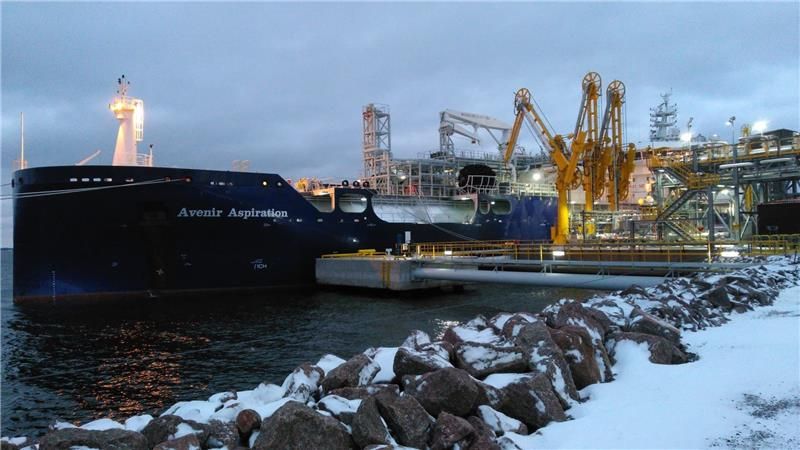 Avenir completes its first LNG delivery to Finnish Hamina LNG terminal
Posted: 12 days ago
First FSRU intended for use at Lubmin LNG terminal arrives in Germany
Posted: 11 days ago
Ionian Management slapped with $250,000 fine for air pollution in the US
Posted: 28 days ago