The acquisition was accomplished under the previously announced Purchase Agreement (“Purchase Agreement”) with Valencia Drilling Corporation (“Valencia”), an affiliate of F3 Capital, Vantage’s largest shareholder, pursuant to which all of Valencia’s rights and obligations under the shipbuilding contract for the Titanium Explorer, together with related rig equipment, was purchased for an aggregate purchase price of $169.0 million. The purchase price under the Purchase Agreement and all remaining construction and startup costs for the Titanium Explorer in the amount of approximately $630.0 million were financed with the proceeds from the recent $775.0 million notes offering of Offshore Group Investment Limited, another wholly-owned subsidiary of Vantage. The notes were priced at 108% of par, resulting in total proceeds to the Company in excess of $820.0 million, net of offering fees and expenses.

The Titanium Explorer is a self-propelled, dynamically positioned drillship suited for drilling in remote locations because of its mobility and large load carrying capacity. It is currently equipped for drilling in water depths up to 10,000 feet, and is designed to drill in water depths up to 12,000 feet. Another Vantage subsidiary is party to an eight-year contract with Petrobras to operate the Titanium Explorer.

“We are extremely pleased to announce the completion of the acquisition of the Titanium Explorer. The newest addition to our fleet represents the culmination of nearly four years of effort as we have been involved in the Titanium Explorer project since its inception. We appreciate the support of F3 Capital in concluding these efforts and look forward to a successful commencement of operations in the US Gulf of Mexico with our customer,” said Paul Bragg, Chief Executive Officer of Vantage. 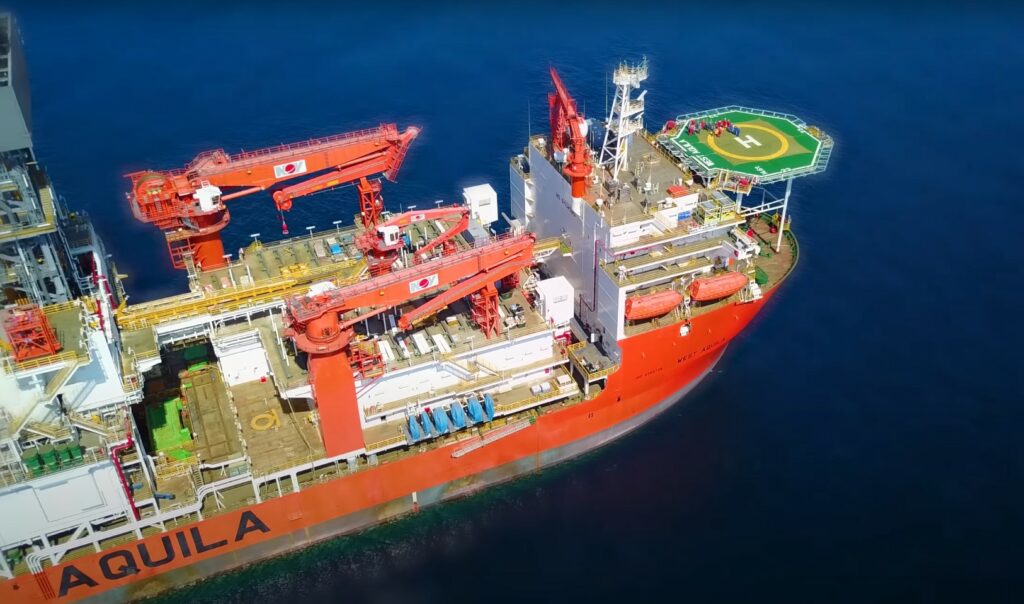