Houston-based Vaalco Energy has completed the Etame 11H development well, located offshore Gabon, and placed it on production at a higher than anticipated rate.

In an update on its 2019/2020 drilling program offshore Gabon on Wednesday, Vaalco said it had successfully completed the Etame 11H development well, including approximately 860 feet of horizontal section in the Gamba reservoir.

The company brought the Etame 11H well onto production in early January 2020 at a higher-than-expected stabilized initial flow rate of approximately 5,200 gross barrels of oil per day (BOPD), 1,400 net BOPD to Vaalco, with no H2S.

Cary Bounds, Chief Executive Officer, commented, “We are very pleased with the successful results of the second development well in our 2019/2020 drilling campaign that was drilled and completed on schedule and within budget. The high-quality reservoir we encountered in both the Etame 9H and Etame 11H wells has yielded two significant new producing wells and validated our strategy to undertake this program.

“We have increased our total company net production to approximately 5,900 BOPD which is up 70% from our 2019 full year net average production of 3,476 BOPD as a result of the Etame 9H and Etame 11H wells in addition to restoring production from the previously shut-in Etame 4H well.

“We have since commenced the workover on the Etame 10H well, which if successful, could restore additional production of approximately 200 BOPD net to Vaalco. We then plan to move the rig to the SEENT platform to drill the SE Etame 4P appraisal wellbore, which could confirm additional development well locations in the Gamba reservoir.

“Our 2019/2020 drilling program is certainly delivering on its objectives through the enhancement of production and we continue to be encouraged by the recent strengthening of oil prices which bodes well for us given our predominantly fixed cost base at Etame. As a result, we are optimistic about our outlook for 2020 and remain focused on executing on our strategic plan and delivering continued positive operational results.”

Vaalco said it had reached a total measured depth of approximately 9,022 feet in the Etame 11H development well and completed approximately 860 feet of horizontal section within the Gamba reservoir. Similar to Etame 9H well, the initial development well in the 2019/2020 program, the horizontal section of the Etame 11H well is at the top of the Gamba structure but at a different location.

The Etame 9H well, which came on stream with a stabilized initial flow rate of 5,500 BOPD in December, is currently producing approximately 4,200 BOPD which is in-line with expectations for wells after they are online for a similar period of time.

The Etame 11H well is expected to experience a similar decline rate during its initial month of production, and they both came online at significantly higher-than-expected rates. The company also recently restored production on the Etame 4H well on the same platform, that had been previously shut-in.

Shortly after completion of the Etame 11H development well, the company began the workover of the Etame 10H well, also on the same Etame platform, to replace the electric submersible pump (ESP) which if successful, could restore additional production of approximately 735 gross BOPD, or 200 BOPD net to Vaalco. The ESP failed in September 2019 after 4.5 years of service.

Following execution of the workover of the Etame 10H well, the company plans to move the rig to the SEENT platform to drill the SE Etame 4P appraisal wellbore to evaluate a Gamba step out area in Southeast Etame. Upon drilling this second appraisal wellbore, Vaalco will have satisfied the drilling commitment as part of the PSC extension that Vaalco signed in late 2018.

If the SE Etame 4P appraisal wellbore indicates the presence of hydrocarbons in the Gamba reservoir, then Vaalco, subject to approvals from joint interest owners and governmental authorities, plans to promptly drill a third development well, the SE Etame 4H, which will target 4.0 to 10.0 million barrels of prospective resources, as part of the ongoing 2019/2020 drilling campaign. Vaalco is also considering using the contracted drilling rig to perform additional workovers to preemptively replace ESPs that are still operating but near the end of their design life. 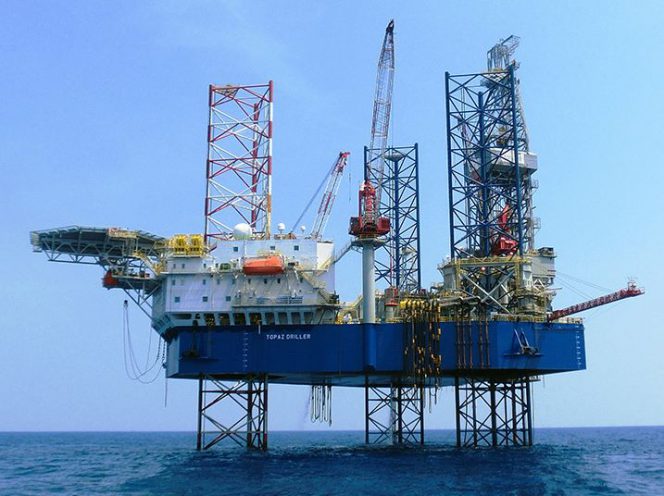