Oil and gas company Vår Energi has made a ‘significant’ discovery of oil and gas in the King and Prince exploration wells in the Balder area in the Southern North Sea offshore Norway.

According to the company, the discoveries prove that there are still opportunities in the mature areas on the Norwegian Continental Shelf.

Vår Energi CEO Torger Rød said: “With the King and Prince result, Vår Energi celebrates the fifth significant exploration discovery so far this year. I’m proud to represent yet another discovery that will generate activity and create value – for the company, the owners, the supplier industry and the society at large. Clearly, our near-field exploration strategy is paying off and is certainly an approach we will continue to pursue”.

VP of exploration Denis Palermo added: “This is fantastic news. We know that there is significant remaining exploration potential in the Balder licenses and I’m proud and glad to see that all the hard work put down by the team has paid off.

“We have years of experience and huge amounts of data from the Balder area. Thanks to a systematic exploration strategy, our deep understanding of the area, thorough geological processes, and new technology we are able to unlock the true Balder potential”.

The company, as the operator, and its partner Mime Petroleum – which holds a 10 per cent stake in the license – consider the discoveries to be commercial and will assess a tie-in to the existing infrastructure in the Balder area. A King and Prince development project has already started to reduce the time from discovery to production as much as possible.

VP of field development and projects Bjørn Thore Ribesen stated: “The discoveries fit in well with our area plans and continuous development of the Balder Area as an important production hub for Vår Energi. We are in the process of revitalizing the area and these discoveries will increase future value creation”.

As for the location, the exploration wells are located some six kilometres north of the Balder field and three kilometres west of the Ringhorne platform. King/Prince was drilled in PL 027 by Saipem’s Scarabeo 8 rig.

The Prince well encountered an oil column of about 35 meters in the Triassic Skagerrak formation within good to moderate reservoir sandstones at 2,374 meters below sea level.

The King well discovered a gas column of about 30 metres and a light oil column of about 55 meters with some thick Paleogene injectite sandstone with excellent reservoir properties at 2,353 meters below sea level.

An additional King appraisal sidetrack further confirmed a 40-meter gas column and an oil column of about 55 meters of which about 35 meters of massive oil-bearing injectite sandstone with excellent reservoir quality.

The rig used for the drilling – Scarabeo 8 – will now visit the shipyard in Ølen before it drills development well 7122/7-D-2 H in production license 229 in the Barents Sea, also operated by Vår Energi. 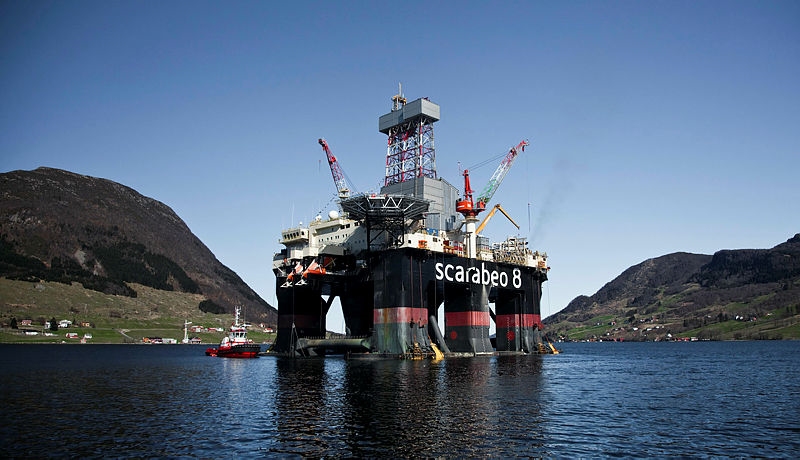