The sheltered port’s facilities and proximity to the Solan Field, being developed by Premier Oil 90 kilometres into the Atlantic, meant is was perfectly placed for final preparation of the tank ahead of installation.

The tank was delivered to the port on 26 July from the construction yard in Dubai by Cosco (Chinese Ocean Shipping) Heavy Lift’s transport vessel, Xiang Yun Kou.

One of the largest float-on/float-off vessels in the world, her displacement of 47,285 tonnes made the Xiang Yun Kou the biggest displacement tonnage ship to berth alongside at Lerwick, although not an alongside record-breaker for length and gross tonnage.

The port was also used by Heerema’s semi-submersible crane vessel (SSCV), Thialf, which spent 1.5 days mobilising before heading for Solan on 31 July, arriving next day to await the tank for installation. It was a return visit for the world’s largest SSCV at 136,709 gross tonnes and 202 metres in length by 88 metres wide. Thialf has visited Lerwick previously, most recently last year.

Lerwick Port Authority Harbour Master, Captain Calum Grains, said: “The successful handling of the Solan tank is another example of Lerwick’s ability to provide sites and support for major offshore projects. To accommodate two vessels the size of Xiang Yun Kou and Thialf simultaneously while servicing other oil and gas projects, cruise ships and daily operations is a clear demonstration of Lerwick’s scope.

“Our investment in facilities, including a major dredging project a few years ago, is paying off for the oil industry, the port and Shetland. We continue to develop resources, with plans including further deep-water facilities.” 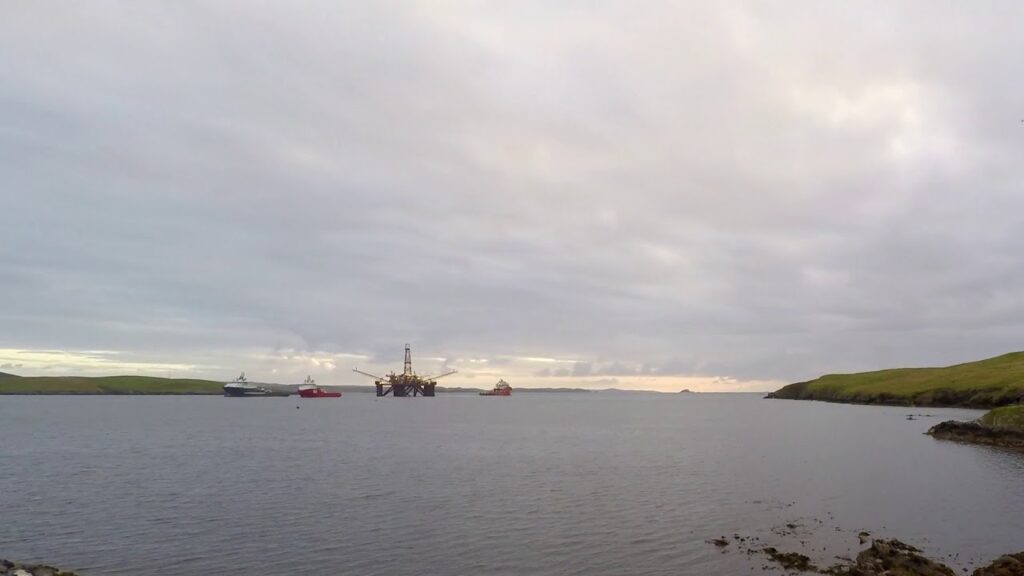