2018 is off to a great start when it comes to removing of outdated tanker tonnage from the oversupplied fleet paving the way for the weak spot market to start recovering.

A total of 16 very large crude carriers (VLCC) are reported to have been scrapped so far this year, according to VesselsValue’s data, breaking already last year’s total of 13 VLCC sent for scrap.

This equals to a total 4,682,800 dwt having been scrapped since the start of the year.

In addition, two former VLCCs, which were converted into FSOs and used for storage projects, were sold for permanent removal, Gibson Shipbrokers said in its weekly report.

As explained, the tankers heading for demolition are getting younger when compared to last year’s average. This year’s average age is 18.5 years versus 21.5 years for VLCCs demolished in 2017, Gibson’s data shows.

Furthermore, the youngest vessel to be sent for demolition this year was 16.6 years old while the oldest one sent for recycling was 23.5 years old, according to VesselsValue.

The rise in demolition has been prompted by higher scrap values with lightweight prices in the sub-continent having climbed above USD 450/ldt in recent months, their highest level in three years, Gibson said.

What is more, the implementation of the Ballast Water Treatment (BWT) and the sulfur cap regulations is also expected to speed up demolition of older crude carriers amid costs stemming from the installation of equipment necessary to achieve compliance.

Nevertheless, the incoming deliveries of VLCC are expected to exert further pressure on the market and would require even more ships to be demolished for the supply-demand balance to become restored. 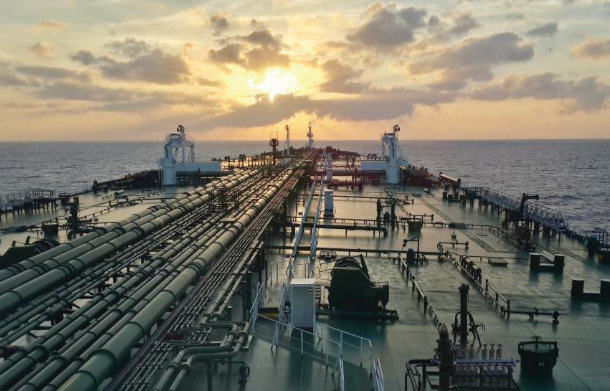