A massive explosion caused by a mud volcano on Sunday shook the Caspian Sea where Azerbaijan operates offshore oil and gas fields.

Azerbaijan’s news company APA reported on Sunday 4 July 2021 that the incident in the Caspian Sea was a sign of a mud volcano.

Director of the Republican Seismological Service Center under ANAS, Gurban Yetirmishli, told APA: “No accident occurred on the platforms, oil wells or ships of the Border Troops in the Caspian Sea”.

He also said that there are many mud volcanoes in the Caspian Sea, one of which erupted. It was accompanied by fire and quickly went out in 20 or 30 seconds, he said.

SOCAR, the state-owned oil and gas giant, confirmed on Twitter that there were no accidents on offshore platforms and industrial facilities under the direct control of SOCAR and work continues normally.

The company also added that its staff was sent by ship to determine the cause of the fire that appeared at sea yesterday. Between Alat and Neftchala, about 30 km from the coast, a naturally burning mud volcano was observed on Dashli Island in the sea, and the flame was extinguished, the company said.

The ministry said on Monday that, during the preliminary investigation, it was determined that no emergencies occurred at offshore oil and gas production, other industrial and transport infrastructure facilities.

According to the ministry, exploration flights in the Caspian Sea began this morning with the involvement of a helicopter of the Ministry’s Aviation Detachment.

Currently, a relatively small flame is observed in the crater of the volcano. The volcano does not pose a threat to offshore oil and gas infrastructure and other facilities, as well as human life.

The news about the explosion in the Caspian Sea comes only days after a gas leak from an underwater pipeline started a blaze on the ocean surface. The fire broke out early on Friday in the Gulf of Mexico near Pemex’ Ku Maloob Zaap oil development but was extinguished on the same day. 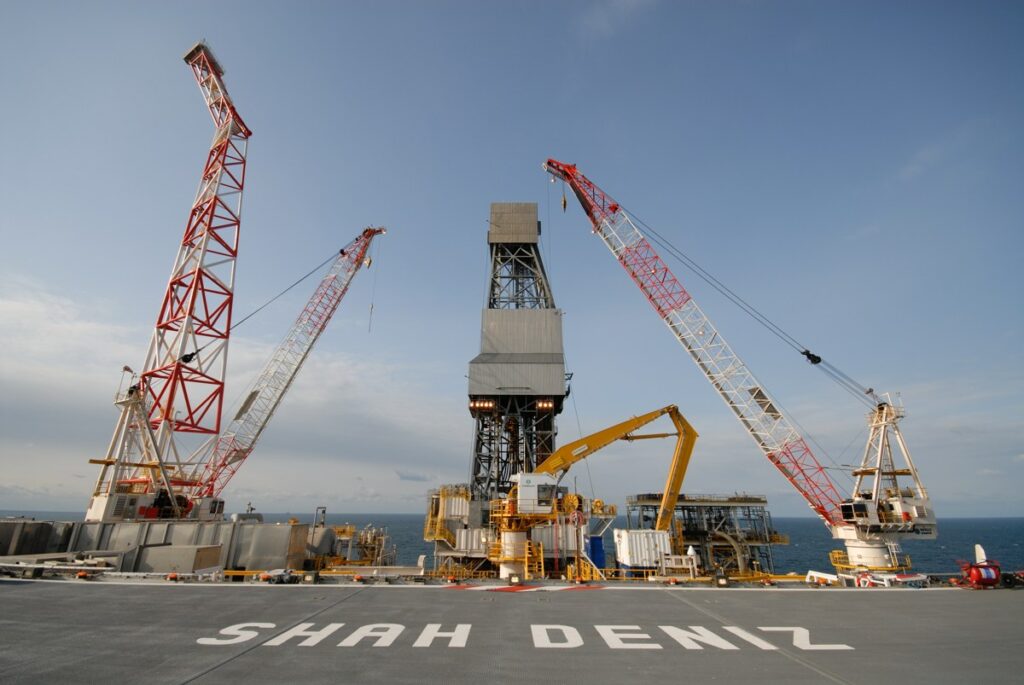