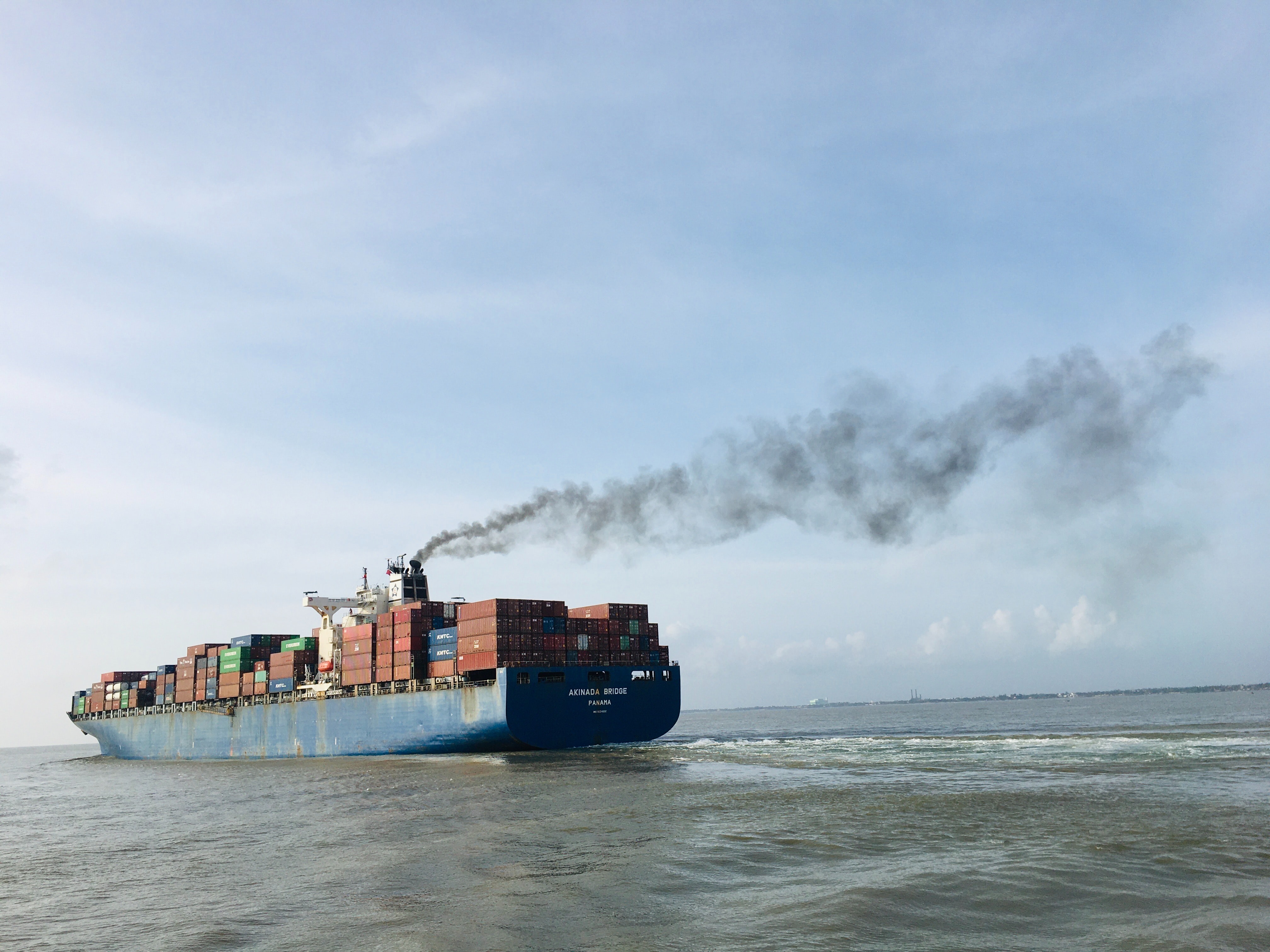 Back to overview
Home Green marine World Bank: How can carbon revenues support the green transition of shipping?

World Bank: How can carbon revenues support the green transition of shipping?

The money raised through carbon pricing could be allocated towards many purposes. The decarbonization of the shipping industry itself is priority number one, according to a new report released by the World Bank.

International shipping has pledged to at least halve its GHG emissions by 2050 (from 2008 levels), with many stakeholders pushing for full decarbonization by that date.

These are ambitious but necessary goals that will require a broad range of innovative policy measures in the short, medium, and long term. One policy option that could boost the green transition of the sector would be the introduction of a market-based measure, for instance carbon pricing, either in the form of a carbon levy or by capping GHG emissions and allowing operators to buy and trade emissions allowances.

The new World Bank report looks at various options for implementing carbon pricing in the shipping industry and explores how carbon revenues could strategically be used to enable an effective and equitable energy transition in and beyond the sector. According to the report, not all market-based measures are equal. Through a price signal, they all create financial incentives for stakeholders across the industry to change their practices and accelerate the move toward low- and zero-carbon shipping.

However, some of them—for instance carbon levies or cap-and-trade schemes without free allocation of emissions allowances—can also raise significant amounts of revenues. This enables an additional set of climate and development actions—a unique feature not offered by any other policies. In shipping alone, carbon revenues could reach an estimated $1 trillion to $3.7 trillion by 2050 (or $40-$60 billion annually), the World Bank said.

“Maritime transport is the backbone of the global economy, but also contributes significantly to the climate crisis. With the constant rise in traffic volumes, players across the industry have a responsibility to address their climate impact and put the sector on a sustainable trajectory,” Dominik Englert, the World Bank Economist who led the production of the report, commented.

“Carbon pricing could be one of the most impactful ways to achieve this, as it would incentivize the switch to clean fuels while also providing a fresh revenue stream to finance, for instance, enhanced climate action in developing countries.”

This opportunity raises several important questions. If carbon revenues become a reality, what kind of activities could be funded? And who would be best positioned to receive funds from this new revenue stream?

In fact, there are many options for using revenues from carbon pricing. The report concludes that the bulk of carbon revenues from shipping should be allocated to the governments of those countries with lower ability to address climate change or shipping emissions—primarily low- and middle-income countries.

The reasoning is simple — developing economies are more likely to suffer from disproportionately negative impacts by carbon pricing and may not have the necessary resources to invest in low-carbon solutions. Making them the primary recipients of carbon revenues would help correct this imbalance and ensure a more equitable transition toward a climate-smart future.

However, to maximize climate and development outcomes, a share of carbon revenues may also be channeled to the private sector, including the shipping industry.

When it comes to funding the decarbonization of the shipping industry through carbon revenues, it would include supporting the development of zero-carbon vessels and zero-carbon fuels, building production facilities and distribution networks for clean bunker fuels, upgrading port infrastructure to accommodate these new technologies, and more.

Part of the funds could also help upgrade maritime infrastructure more broadly, for instance, by improving the overall resilience of maritime ports suffering not only from climate-induced extreme weather events but also from congestion, poor digitalization, or a lack of skilled workers.

Given the considerable revenues that carbon pricing could generate, while reducing GHG emissions from ships effectively, there are also opportunities to direct at least some of these resources beyond the maritime sector.

Using a portion of the carbon revenues to finance the production of greener electricity, for instance, would be an effective way to support the broader energy transition, create jobs, and improve air quality. This would be a clear win-win situation as it would eventually also benefit the shipping industry, whose new fuels will rely heavily on the large-scale supply of renewable power around the world, the World Bank explained.

As the fight against climate change intensifies, carbon pricing is poised to become an increasingly important part of the development conversation. This applies not only to shipping but to any sector where technology alone will not immediately achieve the drastic GHG emissions reductions that are needed to keep global climate goals within reach.

While every industry is different, the findings from this report provide some important insights for “hard-to-abate” sectors on how to design effective carbon pricing mechanisms, how to make the most of these new revenues, and how to make sure that no country is left behind.