The first of the total of three lock gates intended for the giant sea lock under construction in IJmuiden, the Netherlands, arrived to its final destination on Sunday, January 20.

These will include two operational lock doors, for which the lock gate chamber at the outer head is being installed in IJmuiden, and a reserve lock door.

The new gate headed from South Korea to the Netherlands on October 23, 2018, and has covered over 26,000 kilometres on its journey.

The 2,900 ton lock door, spanning 72 meters in length, 24 meters in height and 11 meters in width, was transported on a heavy-load carrier Talisman, part of Dockwise Fleet fleet. The gate was delivered to Masvlakte 2, the Port of Rotterdam, before being taken over by a tugboat on the final stretch of its journey across the North Sea.

Since the gates have air chambers, they can stay afloat despite their weight of 3,000 tons. The gate’s stability during the 80km-tow was ensured by ballast tanks filled with water.

The construction of what has been described as the world’s largest sea lock was launched in 2016 and the lock was set to be inaugurated in 2019. However, in July 2018 the completion deadline for the sea lock was pushed to the end of January 2022. The delay has been attributed to the required technical adjustments to the sea gate.

The new lock is designed to operate in all tides, ensuring better accessibility for the Port of Amsterdam, and reducing waiting times for ships. The sea lock will be 500 meters long, 70 meters wide and 18 meters deep, allowing the next generation of bulk carriers, container ships and cruise ships to access the Port of Amsterdam and the North Sea Canal. 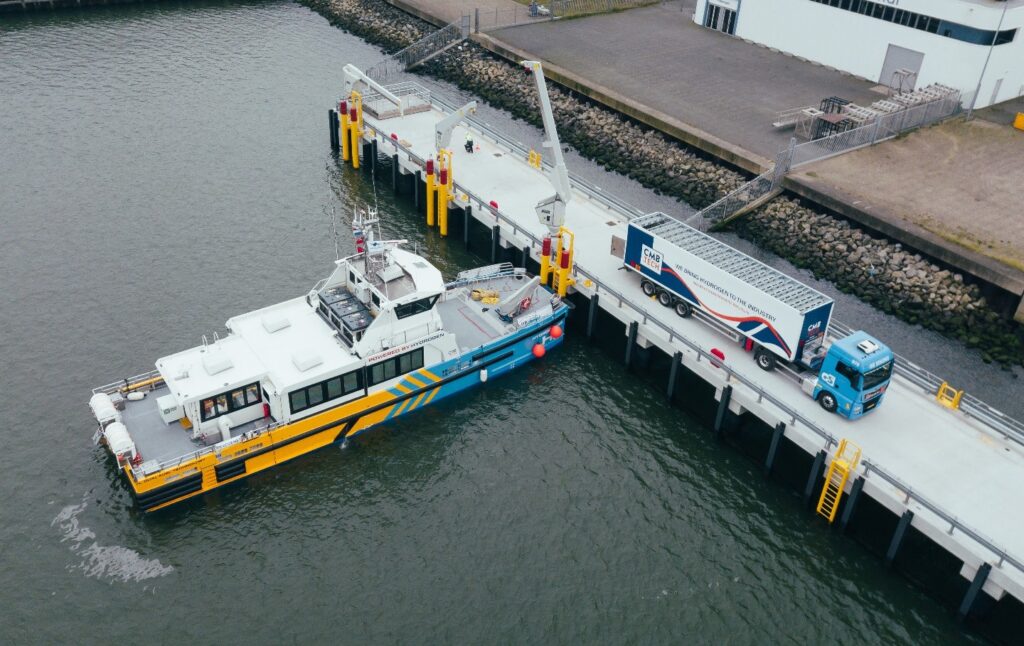