Advertisement
Back to overview
Home Green marine 8.7 Tons of Cocaine Seized from Container in Port of Algeciras

8.7 Tons of Cocaine Seized from Container in Port of Algeciras

Almost nine metric tons of cocaine were found by Spanish authorities in a container carried by Lucie Schulte containership into the port of Algeciras, Spain.

The 8,740 kilograms of seized drugs represents the largest cocaine seizure in the country and Europe in regard to containerized shipments, Spain’s Customs Department said on Wednesday.

The cocaine was hidden among 1,080 boxes of bananas carried in the container that had been loaded in the port of Turbo, Colombia.

Three persons of Spanish nationality linked to the importing company in Spain and two other businessmen from France were arrested in connection to the drug haul.

The Singapore-flagged Sub-Panamax containership of 2,602 TEU, formerly known as  Maersk Norwich, was built in 2006. It is part of Bernhard Schulte’s fleet, based on the information from VesselsValue.

According to the vessel’s latest AIS data from MarineTraffic, the containership has left Spain, and it is moored in Genoa, Italy. 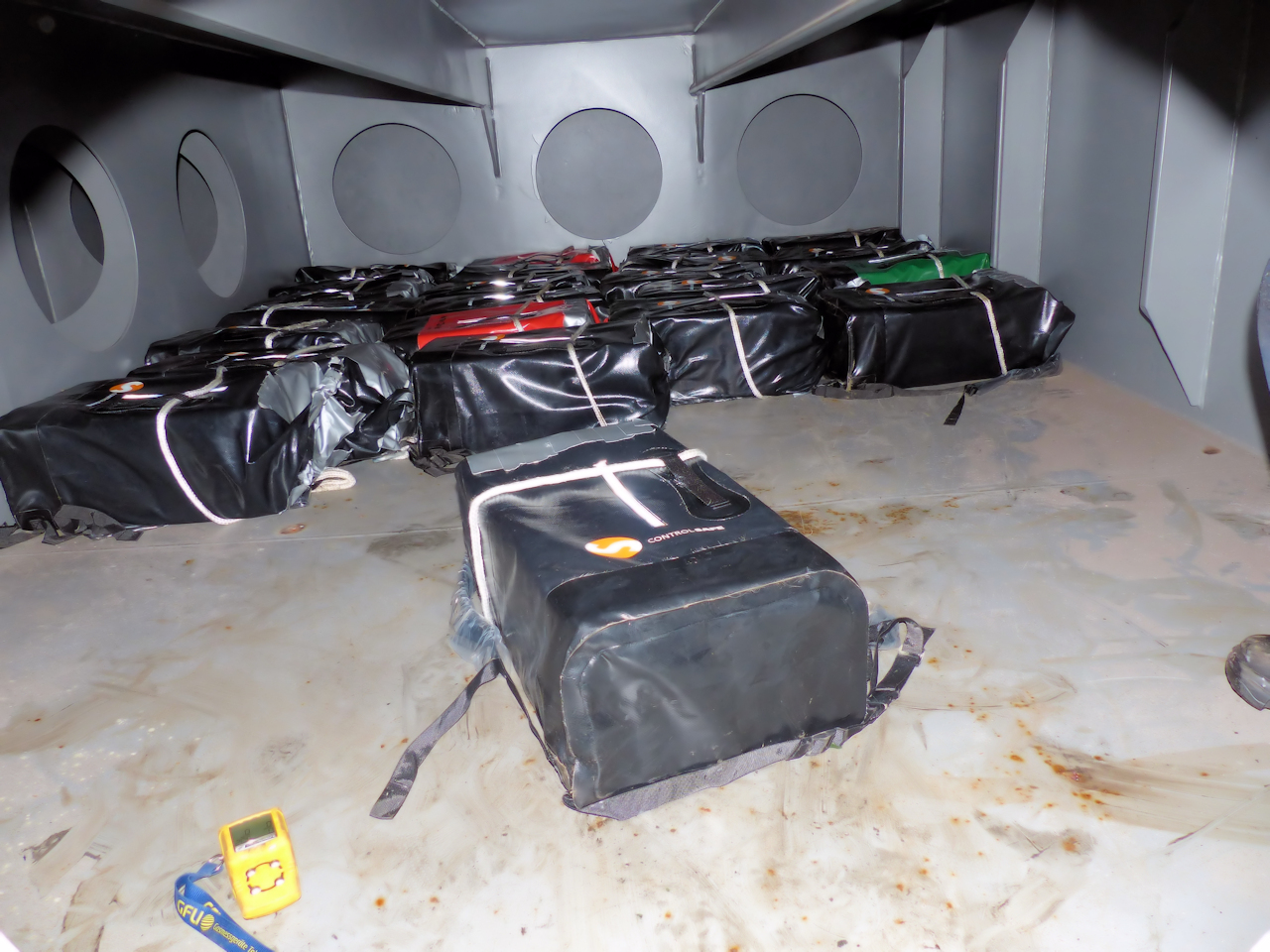 Germany seizes half a tonne of cocaine on bulker at Port of Hamburg
Posted: 8 months ago
Removal of dislodged containers from ONE Apus expected to take over a month
Posted: about 1 month ago
Spanish natural gas consumption up in December
Posted: 16 days ago
Advertisement
Exhibitors