Since 6.50 am this morning, activists from Extinction Rebellion Scotland are blockading the main entrance of the oil rig maintenance facility at Invergordon Service Base of the Cromarty Firth Port Authority. They have erected a large 4.2m tall prop oil rig made of scrap materials with a banner saying “Decommission Me Now”. Four are locked onto prop oil barrels in the road, preventing traffic access.

John Lardner, XR Scotland activist and retired history teacher, said: “The Chapham House report says that even if the Paris Agreement carbon emissions were achieved, we have almost no chance of staying below pre-industrial levels of warming. We have to act now. Our carbon budget is empty. We have no option.”

The activists are calling for an end of fossil fuel extraction and support for a transition of skilled oil and gas workers into decommissioning and renewable industries, not new oil fields. Other activists are holding banners nearby saying “Climate Emergency” and “No Future in Fossil Fuels”.

According to the organisation, 660,000 jobs are at risk as the UK fall behind in green infrastructure and jobs, but the North Sea oil and gas industry is expecting a flurry of new contracts.

Maciej Walczuk, XR Scotland activist and engineering student, said: “We don’t have a choice, the fossil fuel industry is already causing deaths of the most vulnerable people on this planet. Places like this must look into the future, to survive they need to transform into doing work that doesn’t compromise our future instead of trying to continue making profit off the expansion of a deadly industry.”

Meanwhile, the Oil and Gas Authority is continuing with plans to explore for new oil at Cambo near Shetland, the organisation noted.

Eleanor Harris, XR Scotland activist and community artist, said: “As someone who desperately wants to have children, it breaks my heart that projects like Cambo are still in the pipeline jeopardising any chance we have of a livable future and leading to the death of billions of people.”

Earlier this year activists occupied Queen Elizabeth House, the new UK Government Hub on Sibbald Walk, and blocked the main entrance by sitting and lying down, demanding that the Prime Minister puts a stop to the approval of the Cambo offshore oil field.

The Cambo oil field off the coast of the Shetland Islands, which is 30 per cent owned by Shell and 70 per cent by private equity firm Siccar Point Energy.

In June 2021, Siccar Point said it was moving forward with its Cambo development project, which was delayed last year due to the challenging market environment. Drilling operations are now scheduled for 2022 and the first production is expected in 2025. 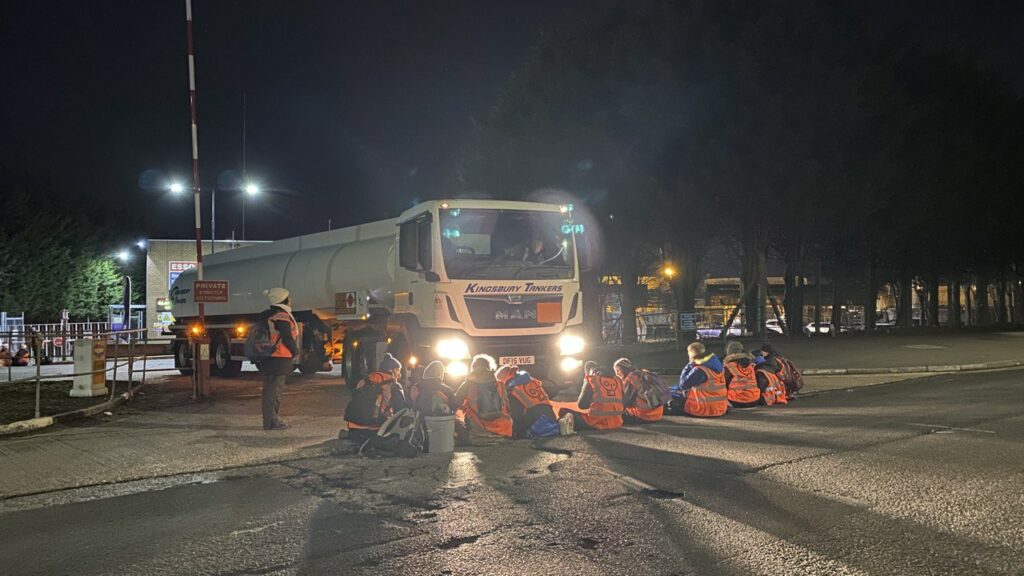 Activists block 10 oil facilities across UK to demand immediate halt to new fossil fuel projects
Posted: about 1 month ago
Premium
In focus: Activists take the front line against fossil fuels, as maritime industry steps up clean fuels game
Posted: 22 days ago
Activists in Germany turn off oil pipelines in protest against North Sea drilling
Posted: 24 days ago
Premium
What is the meaning of licence extension for controversial Cambo project in UK?
Posted: about 1 month ago
Activists block Russian oil tanker in Norwegian port, calling on govt to ‘stop fueling the war’
Posted: 26 days ago