German environmental activists on Wednesday turned off several crude oil pipelines at different locations in the country, calling the government to stop all new fossil fuels projects, in particular, offshore drilling in the North Sea.

Activist group Letzte Generation (Last Generation) on Wednesday turned off crude oil pipelines in several places in Germany, thus interrupting the flow of oil, the group informed in a statement. In teams of two, they entered the pipeline’s emergency shut-off stations and activated the shut-off valves with their own hands, allowing the flow of oil and gas to be shut off.

Addressing the Vice-Chancellor of Germany and Federal Minister for Economic Affairs and Climate Action, Robert Habeck, the activists are demanding a statement that there will be no new fossil infrastructure projects and, specifically, oil drilling in the North Sea.

The group claims that Federal Finance Minister, Christian Lindner, and FDP politicians wanted to examine an expanded oil and gas well on the border to the national park. Minister Habeck took up this suggestion and is currently examining it, the group stated.

As reported by Reuters in mid-March 2022, Lindner said that Germany should rethink its ban on allowing new drilling for oil and gas in the North Sea as it tries to reduce its dependence on Russian energy due to the invasion of Ukraine.

Activist Edmund Schulz pointed out that we are in a climate emergency, adding: “Wanting to drill for oil in our North Sea now – that’s madness that you have to stop, Mr. Habeck!”

Activists at Last Generation say they will continue to use all means of peaceful civil resistance should the government not credibly declare that it will “stop the fossil madness.”

As a reminder, Offshore Energy has recently reported that the German government is in discussions with a Dutch exploration and production company, ONE-Dyas, related to potential natural gas production in the North Sea in an effort to reduce the country’s reliance on Russian fossil fuels.

The project is located above Schiermonnikoog and the German Wadden island of Borkum. If approved, the first gas from the project could be delivered in 2024.

Germany is also working on setting up floating LNG terminals in the country and has recently allocated about $2.7 billion for four such terminals around the country. The funds will be used to operate the terminals for the next ten years and ensure the necessary infrastructure on land. 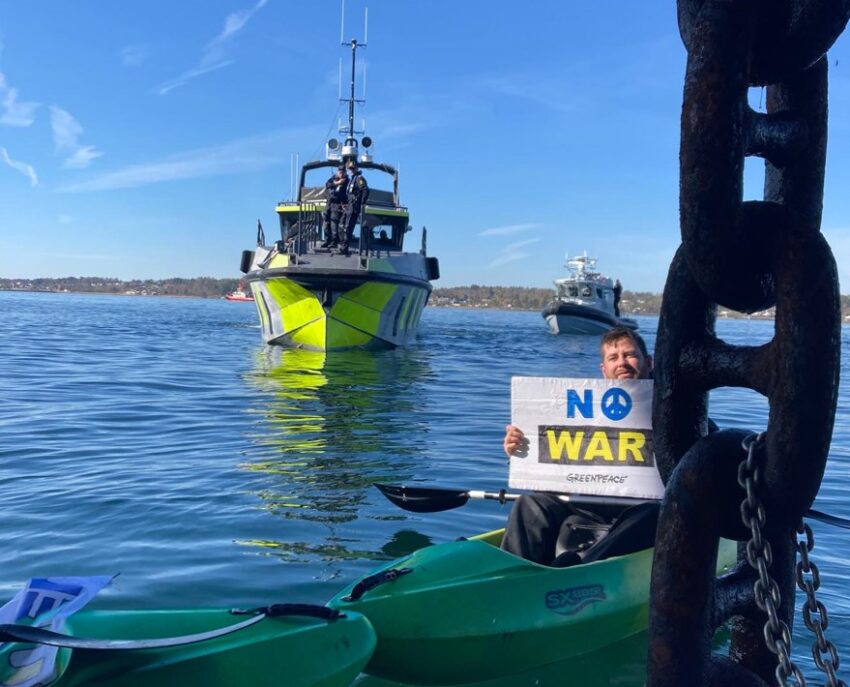