Photo: Graphic schematic of Kaikias in the U.S. Gulf of Mexico

Back to overview
Home Fossil Energy After years of inefficiency, majors start delivering upstream projects within budget and on time, Woodmac says

After years of inefficiency, majors start delivering upstream projects within budget and on time, Woodmac says

The oil and gas industry may have finally turned around from “always delivering upstream projects behind schedule and over budget.”

Poor capital discipline and over-confidence in pursuit of large-scale, and extremely complex upstream projects before the oil price plunge in 2014 would lead to projects being delivered late and over budget. However, this has started to change.

This is according to energy intelligence group Wood Mackenzie which has identified signs of improved execution which suggest companies are “getting it right after a period of dismal performance on project returns.”

The successful execution of capital projects has become of crucial importance to an upstream industry adapting to lower prices.

The downturn forced companies to critically evaluate and improve how they manage their major capital investments, and it is clear why. The top 15 project blowouts of the last decade were a cumulative US$80 billion over budget, Woodmac says.

“The scale of underperformance was staggering,” said Angus Rodger, research director, Wood Mackenzie. “Surveying the last decade of project delivery, the average development started-up six months later than planned and US$700 million over budget. That is a huge amount of value destruction.” 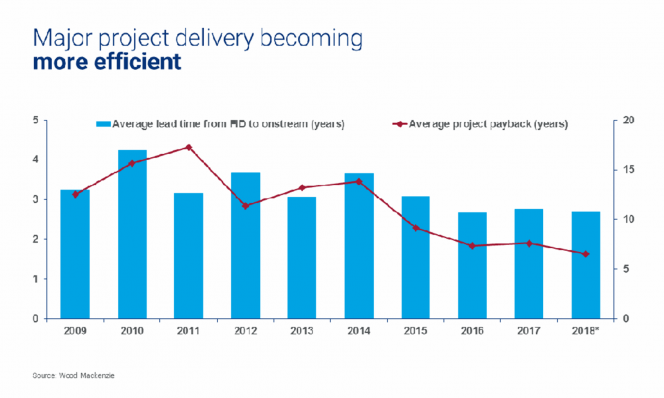 In comparison, Woodmac says, there is a growing list of mid-to-large projects that have been delivered on target over the past 12 months.

These, Woodmac explains, include areas previously notorious for cost blowouts, such as the Arctic and Caspian Sea.

Most recently, Shell brought onstream its deepwater Gulf of Mexico Kaikias field nearly one year ahead of schedule. Not only a quick turnaround, it epitomises how the deepwater sector has – for now – transitioned to a simpler, lower-cost business model.

Delivering fields on time and on budget has long been an evergreen issue in the oil and gas industry. Wood Mackenzie has identified six key factors, that in most recent cases, combined to create better project execution:

Wood Mackenzie says that improved project delivery in recent years has in part been supported by Big Oil’s de-emphasis of mega-projects in the current environment. The energy intelligence firm this model is is not sustainable longer-term in an industry underpinned by large, cash-generative assets.

While there have been a few large-scale oil developments sanctioned in recent years, it is not many by industry standards.

It is in the LNG space where there are clear signs companies are re-engaging with giant, capital-intensive projects. This includes new developments in Canada, Mozambique, Qatar, Papua New Guinea, Russia and Australia.

“There is a looming wave of big pre-FID LNG developments building on the horizon, all aiming for sanction between 2018 and 2020.

After a fallow period in new LNG project sanctions, and megaprojects in general, the next 18 months will likely see a step change. This will be the real test of whether the industry has addressed the issue of poor delivery,” Rodger said. 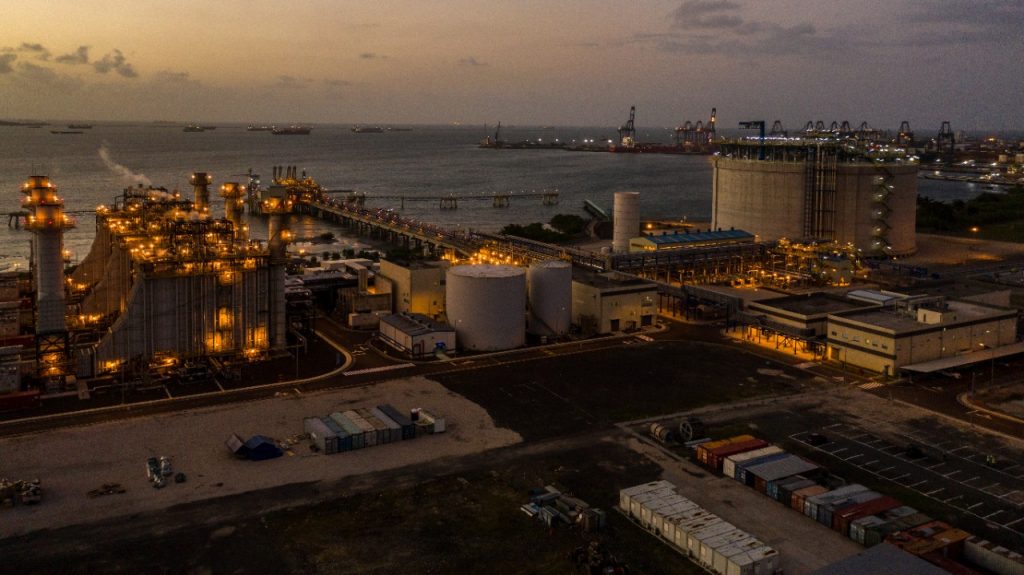