Norwegian state-owned giant Equinor and its compatriot Aker BP have inked a deal for the transfer of a North Sea field operatorship, allowing the latter to become the operator for all discoveries in the NOAKA area, off Norway.

Back in June 2020, Aker BP and Equinor agreed to jointly develop and operate the NOAKA area licences Krafla, Fulla, and the North of Alvheim on the Norwegian Continental Shelf (NCS), with LOTOS Exploration and Production Norge as a license partner. Equinor is the operator of Krafla in the north and Aker BP is the operator of NOA Fulla in the south.

As previously reported, Aker BP is targeting a final investment decision (FID) for the NOA Fulla field development in the NOAKA area – located between Oseberg and Alvheim in the Norwegian North Sea – in 2022.

In an update on Thursday, Equinor and Aker BP informed that they have signed a memorandum of understanding (MoU) for the transfer of the Krafla operatorship from Equinor to Aker BP, making Aker BP the operator of all discoveries in the NOAKA area.

The two Norwegian players agreed that one operator will be the best solution for further development of the area, as it will have a good basis for efficient project execution and for safe and efficient operation of the fields, creating stronger synergies between the two developments and fewer interfaces.

Geir Tungesvik, Equinor’s executive vice president for Projects, Drilling & Procurement, remarked: “The current agreement is the result of an excellent collaboration during the past years, built on mutual trust and a common ambition of achieving lasting improvements and efficient operation on the Norwegian continental shelf (NCS). The best solution for the future is that Aker BP takes over the operatorship for project execution and operation of Krafla, based on the concept developed by Equinor.”

The latest deal between Equinor and Aker BP states that the licence owners of the relevant licences will apply to the ministry for a change of operator. After the investment decision has been approved by the licence and the plan for development and operation (PDO) has been submitted to the authorities, a transfer of operatorship will be carried out.

Karl Johnny Hersvik, chief executive officer of Aker BP, commented: “Aker BP and Equinor have had an excellent collaboration during the past years on the NOAKA development. We are proud of being able to take over the Krafla operatorship, to ensure efficient project execution and operation of the whole area on behalf of the licences.”

Upon completion, Equinor will still be a major licence partner in the area and will retain its existing share of 50 per cent in Krafla and 40 per cent in the Fulla licence. The two players will jointly submit the PDOs for NOA Fulla and Krafla as planned by the end of the year.

Equinor plans to ensure the transfer of expertise and experience relating to the Krafla concept to Aker BP while the collaboration will continue in the development phase. With a preliminary calculation of planned investments amounting to $10 billion, the area development is one of the next big NCS developments, according to the two companies. Both firms confirmed that a high percentage of the contracts will be awarded to Norwegian suppliers, creating strong ripple effects throughout the country.

Located between Oseberg and Alvheim in the North Sea, the NOAKA area holds several oil and gas discoveries with total recoverable resources estimated at around 600 million barrels of oil equivalent, with further exploration and appraisal potential.

Both Aker BP and Equinor share a common ambition of developing the NOAKA area with low emissions and a high degree of digital and future-oriented solutions, both in the project and operations phases.

Furthermore, the concept for the development of the NOAKA area also covers an extensive development on the seabed, including a total of nine subsea templates in the area. Based on the information provided by Equinor and Aker BP, their plans call for an area development with power supply from shore, while production start-up is scheduled for 2027. 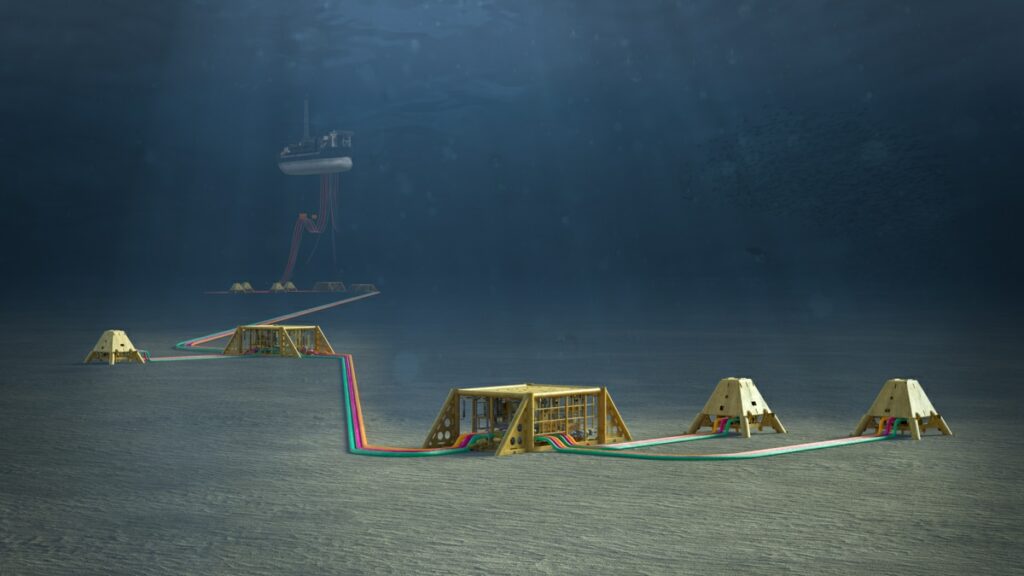