The vessel in now sailing through the Maasvlakte harbour, on its way to Rotterdam, where Allseas have rented a deepwater site where the ship will be moored and where the topsides lift system beams will be installed on the bows of the ship during the first months of 2015. A special pit needed to be dredged there for the Pieter Schelte.

Construction of what is described as the world’s largest ship started in South Korea back in 2011. The completed vessel left the shipyard in November 2014.

The 382 m long and 124 m wide multi-purpose vessel, owned by the Swiss-based company Allseas, will be used for both lifting and installation of oil platforms and jackets. The vessel is also able to lay pipelines. The massive heavy lifter will be able to lift topsides weighing up to a maximum of 48,000 tonnes. Positioned at the bow of the vessel is a slot, 122 m long and 59 m wide, where topsides are lifted using eight sets of horizontal lifting beams.
RTV Rijnmond, a public broadcast organization for the Rijnmond region of the Netherlands, has launched a video of the giant vessel’s arrival.

With a draft of 24m the world’s biggest vessel can easily enter the Port of Rotterdam, 24/7! https://t.co/2A2w3zOGn1 pic.twitter.com/0w6iNR1PCM

Kotug towboats and RPA vessels ready to assist at the arrival of Pieter Schelte in the Port of Rotterdam. #offshore pic.twitter.com/L0ypBMu9dl 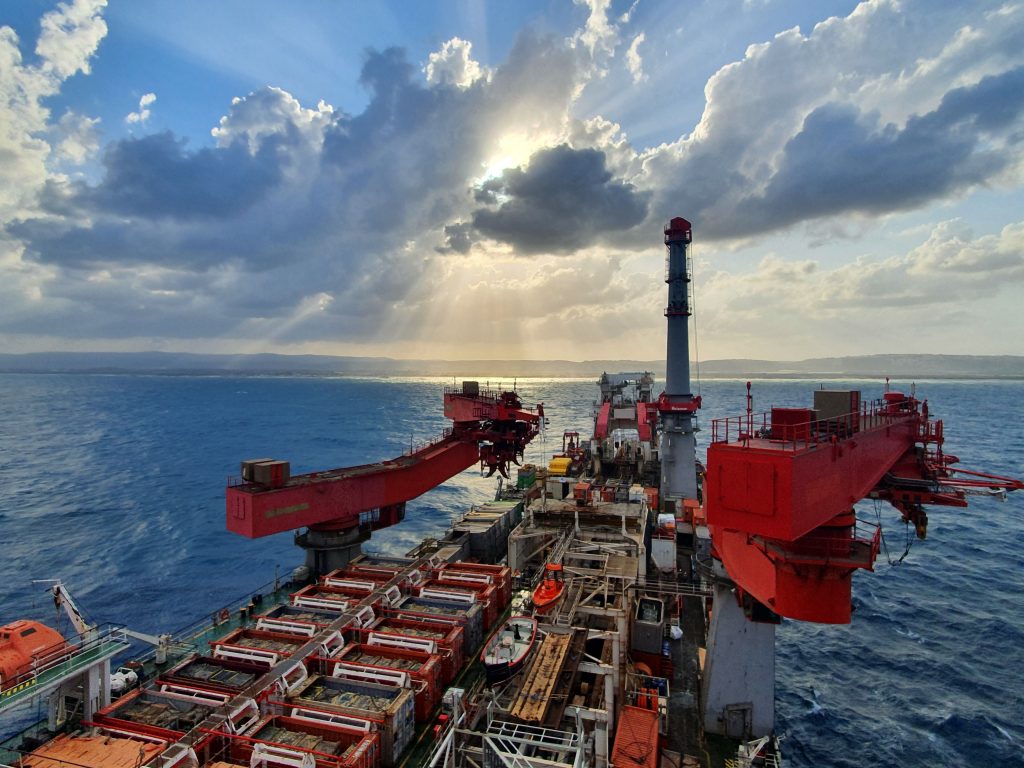