If a commercial find has been made and brought into production, Apache will receive reimbursement for such costs. The contract offers Staatsolie the opportunity for a stake in the development phase of up to 20 percent.

Block 53 is located at approximately 130 kilometers off the northwest coast of Paramaribo. The exploration period under the contract is divided into two phases with a combined investment of approximately US$230 million. The duration of the first phase is scheduled for three years with an optional second phase of two and a half years. In addition to a large 3D seismic survey, two wells will be drilled in the first phase with a third well to be drilled in the optional second phase. The production sharing contract explicitly deals with inspection, safety and the environment. There are also special provisions for employment of local cadre, training, social programs and the dismantling of facilities at the end of operations. 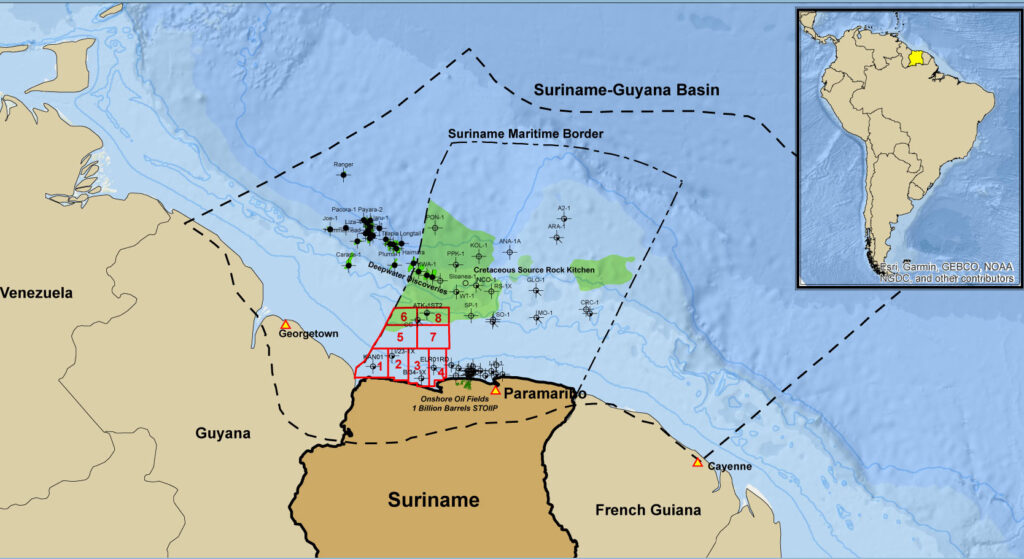