Japanese oil and gas company Inpex has expanded its foothold in Australia with a new offshore block in the Bonaparte Basin, near the Laminaria oil field. 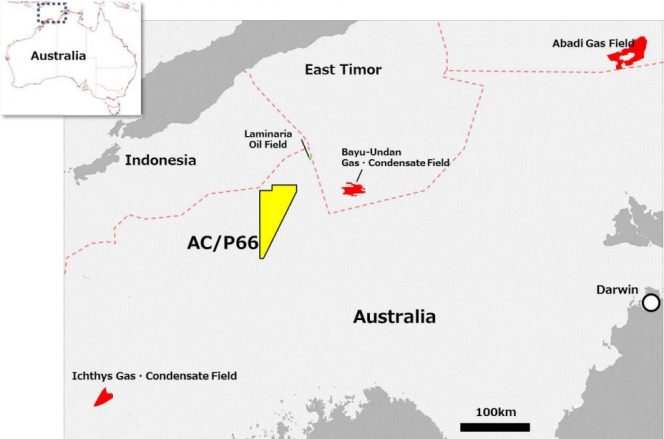 Inpex, the operator of the giant Ichthys gas field off Australia, said last Friday that it would become the operator of an exploration permit for Release Area AC/P66, awarded as part of Australia’s 2018 Offshore Petroleum Exploration Acreage Release.

The Block is located in the Bonaparte Basin of the North West Shelf of Australia and covers a surface area of 3,460 square kilometers. The Block’s water depth ranges between approximately 60 and 500 meters.

“The Block lies in the vicinity of discovered and developed oil fields including the Laminaria oil field, and is considered to be a promising area where further hydrocarbon discoveries are believed possible,” Inpex said. The Laminaria oil field located in the Timor Sea, offshore Australia, is operated for Northern Oil & Gas Australia (NOGA).

The Japanese firm will own a 100 percent interest in the offshore block. Inpex said that the North West Shelf of Australia is one of its priority exploration areas.

“Inpex is involved in multiple oil and natural gas development projects in Australia including the Ichthys LNG Project, of which it is the Operator, and will continue to proactively pursue
business development opportunities in the country,” Inpex said.