Australia’s NT WorkSafe has laid charges against Darwin shipping company Barge Express and one of its workers over the death of a deckhand in January 2017.

On January 8, 2017, Daniel Bradshaw, a fly in-fly-out worker on the vessel Sammy Express, was found floating face down in the water between the vessel and wharf at Hudson Creek.

Bradshaw had multiple fractures consistent with striking a solid object after falling from a height, and his toxicology report showed a very high level of blood alcohol content.

During its investigation, NT WorkSafe found no gangway was in place to allow safe access to the Sammy Express at the time of the incident. The vessel was Bradshaw’s place of accommodation during his four week shift and to disembark, workers were required to jump across a gap onto a tyre tied to the wharf as a fender before climbing onto the wharf.

Barge Express faces one charge contrary to section 32 of the Work Health and Safety (National Uniform Legislation) Act, for failing to comply with health and safety duty.

In addition, Nicholas Mitchell, Master of the Sammy Express, also faces one charge contrary to section 32 of the abovementioned act, for failing to comply with health and safety duty.

NT WorkSafe will allege that the master had the responsibility to rig a gangway to provide safe access to the vessel.

The matter is listed for mention in the Darwin Local Court on February 27, 2018.

Separately, the Maritime Union of Australia (MUA) has welcomed the move made by NT WorkSafe.

However, Thomas Mayor, MUA NT Branch Secretary, said more needs to be done to improve safety at work and called for industrial manslaughter laws to be introduced in the Northern Territory.

“The safety of workers must be the most important priority for employers and they need to know there are serious consequences for them if they don’t provide a safe workplace,” Mayor said.

“More must be done to prevent needless injuries and deaths in workplaces in the Territory which have tragic consequences for workers and their families,” he stressed. 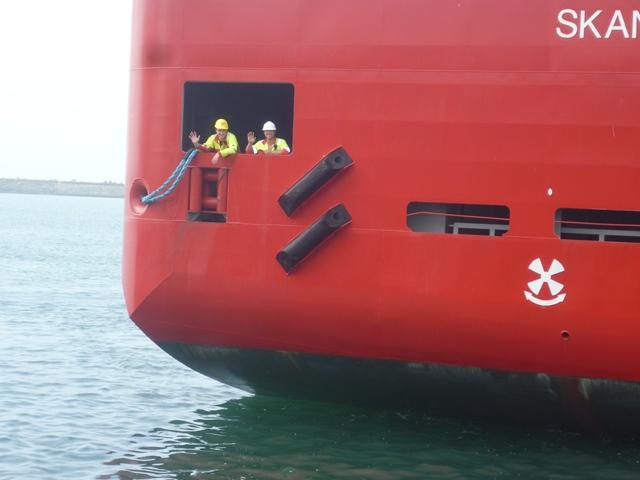