Spanish ferry operator Baleària will put to work its converted LNG vessel on 30 June on the Barcelona-Eivissa route to cut CO2 emissions.

Martín i Soler is Baleària’s eight LNG-powered ship. It is also its fifth ship to which the engines have been adapted to sail on LNG, with the remaining three being LNG-powered newbuilds.

The retrofit operation was carried out in recent months at the West Sea shipyard in Viana do Castelo, Portugal. It involved converting the ship’s engines to MAN dual-fuel 9L51 / 60DF engines.

LNG storage tank has been installed on one of its inner decks, which allows it to have a range of more than 1,000 nautical miles. 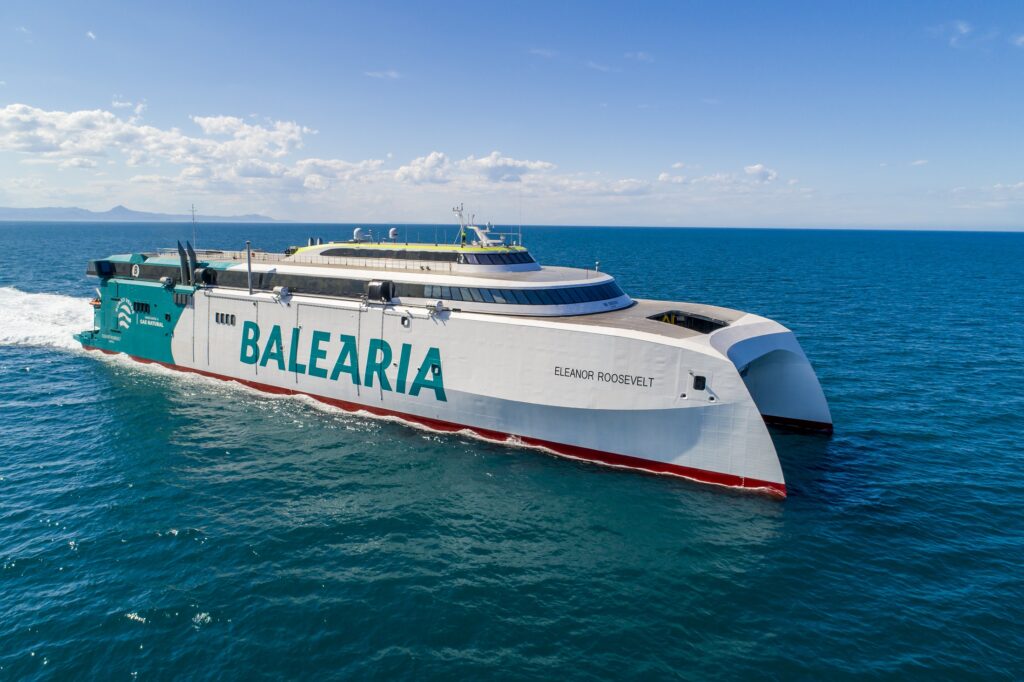