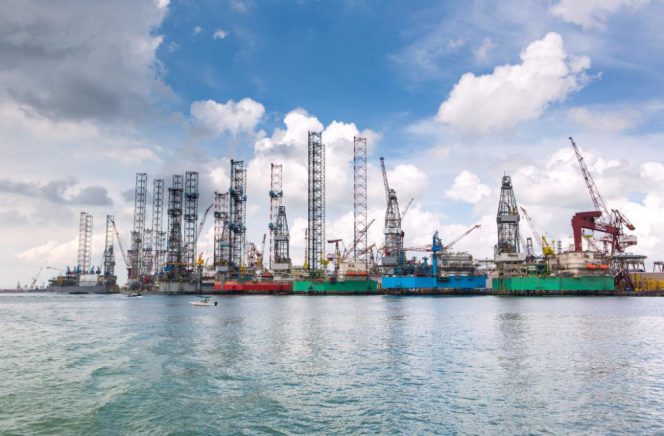 Borr raises $350 million in a matter of minutes as it takes a new bite out of the distressed asset fleet.

Whatever you think of Borr’s latest jackup deal with Keppel FELS, the fact is that they’re eating up the market while everyone else watches.

Yesterday, Borr announced the acquisition of five more premium newbuild jackups for a total price of $720 million, or $144 million per rig ($149 million if you include financing-related costs).

As part of the deal, Borr doesn’t have to take delivery of the rigs until Q4 2019 (one rig per quarter until Q4 2020) and they’ve arranged financing for $432 million of the purchase price which is non-amortizing over a five-year term plus a shorter-term bank facility of $200 million.

Which rigs did they buy?

Keppel FELS has 17 jackups under construction (or on deferred delivery terms) today. Although it’s not clear exactly which rigs are involved in the latest Borr deal, it’s likely that at least two of the Grupo R rigs (as Borr mentioned that two of the rigs are Mexico-compliant) and perhaps one or two of the Keppel FELS-owned rigs that the yard built on spec are part of the package.

And Borr’s price looks just as good compared to other delivered B Class rigs.

We’ve said a lot about their previous deals, and there’s not much more to say this time.  It’s a fabulous deal.

What’s next for Borr?

With 29 premium jackups acquired and 24 jackups taken out of the worldwide fleet via scrapping or conversion to non-drilling units, Borr is (so far) cleaning up the jackup market single-handedly.

Although they might be running out of steam for more asset plays, we wouldn’t rule out the possibility that they’ll throw in a few more rigs or execute some other type of market-moving scheme before they’re finished growing.