Recent long-term offshore drilling contract awards might not fit with investors’ expectations, but it’s the expectations that are the problem, not the reality.

When Lloyd Christmas in “Dumb and Dumber” heard that the chances of a guy like him ending up together with a girl like Mary Swanson were “more like one in a million”, he responded with a smile full of hope and said, “So you’re telling me there’s a chance.”

This mentality has also been prevalent in the offshore drilling market since things started falling apart in 2015.

I don’t normally comment on drilling contractor share prices (and I’m not telling you to buy anything), but the latest share price reaction to some of the great news and developments in the market indicates that expectations and reality were on separate planets.

I get it. People are tired of waiting. Expectations for a strong recovery have been around for a long time. Offshore drilling is normally cyclical, and it’s easy to say that conditions will return to previous highs at similar frequencies as they did before.

So when the market hears that drilling contractors – in 2019 (gasp) – are committing rigs for long-lead, long-term contracts at horrifyingly low dayrates, it goes into a meltdown.

“Diamond Offshore tied up two drillships for under $300,000 per day with Woodside in Senegal? What have they done?!”

Offshore rig market sentiment has been relying on expectations of an outcome that had virtually no chance of happening by now.

It’s pretty good now.  What more can you expect?

For jack-ups, we’ve seen long-awaited jack-up tenders from Qatar Petroleum and Pemex which will employ up to 24 rigs for two to four years finally being awarded. Shelf and Saipem have announced multi-year contracts in the Middle East. And Southeast Asia is seeing heavy contracting activity.

Competitive jack-up utilization has moved up to around 75% and will continue rising as it’s supported by new demand.

To meet this demand, rig owners who don’t have available rigs are looking to Chinese shipyards for assets to bareboat (or acquire). Until this year, and for the past three years, nobody except for China-owned COSL (who’s already secured at least six rigs) has taken a distressed newbuild jack-up out of a shipyard.

The floating rig market is experiencing better conditions too (utilization is in the 60% range). Demand in West Africa, Brazil, Guyana, and the US Gulf of Mexico is pushing utilization up.

Diamond Offshore’s four-year (combined) award for two rigs in Senegal indicates that dayrates are moving up to realistic levels. This may be balanced by lower dayrates in the delayed Petrobras tenders, but the rising trend is there.

None of this changes the fact that more backlog is needed. It will come, but temper your expectations. Expect good (and a few great) developments to occur, not miraculous ones.

So here’s the reality: the next cycle in this industry won’t look the same as previous ones

The reality is that:

1) The market is good compared to what it was

2) The market will get better

6) Oil companies will continue being selective about offshore investments

7) Market forces will calibrate themselves at different levels than before

8) Drilling contractors will find ways to cut costs via digitalization, innovation, and prudent asset management (selective upgrading and scrapping) so that they can make more money off lower dayrates

And even if the path before us will be different than it was before, it doesn’t mean that there aren’t any reasons to be optimistic about the reality that faces the offshore rig industry. 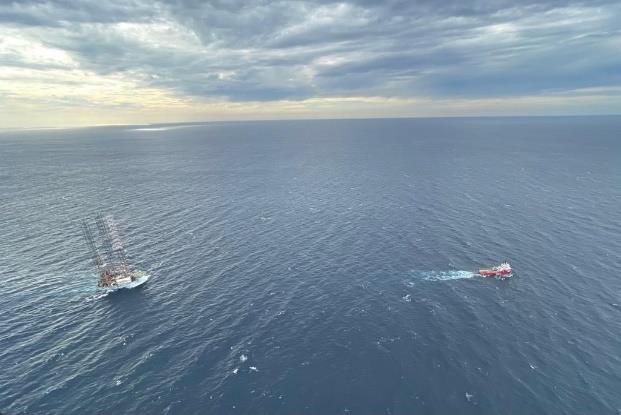