Oil and gas company Beach Energy has applied for a consent to discharge trace amounts of harmful substances from the deck drains of a mobile offshore drilling unit (MODU) as it is preparing for exploration drilling in the Canterbury Basin off New Zealand, which could include up to 11 wells.

The EPA added that trace amounts of harmful substances are sometimes included in deck drainage when residual amounts remain on the decks after the clean-up of minor spills.

According to the environmental agency, public submissions on this application are open until Friday, 6 July 2020. Once submissions close, if any parties request to be heard, a public hearing will be held within 40 working days.

Beach Energy has applied for the period of the consent to last through to 7 November 2029.

It is also worth noting that the New Zealand government banned all new offshore exploration permits in April 2018.

However, the ban does not affect existing permits like the ones held by Beach Energy. The company is one of four consented operators carrying out oil and gas activities in the country’s Exclusive Economic Zone (EEZ).

The company has proposed to drill one initial exploration well as part of the Canterbury Basin Exploration and Appraisal Drilling Programme (EAD) to assess a prospect called Wherry.

The proposed well is located approximately 168 kilometres from Timaru, at water depths of around 1,300 metres.

The project is in its early planning and consultation phase, with drilling currently expected to begin in late 2020 to early 2021 and take around 4 to 8 weeks. Timings will be subject to rig availability, weather conditions, and approvals.

Depending on results from this well, the EPA stated that Beach Energy might pursue a wider work programme within Petroleum Exploration Permit (PEP) 38264 that could include up to 11 follow-up exploration or appraisal wells.

This will allow Beach Energy to determine if it is worth applying for consents to proceed to production drilling and extract any oil and gas reserves.

The EPA emphasized that this application relates only to the discharge of trace amounts of harmful substances from the deck drains of any MODU used for this drilling and any subsequent drilling if required. This application doesn’t include any other aspects of the drilling programme. 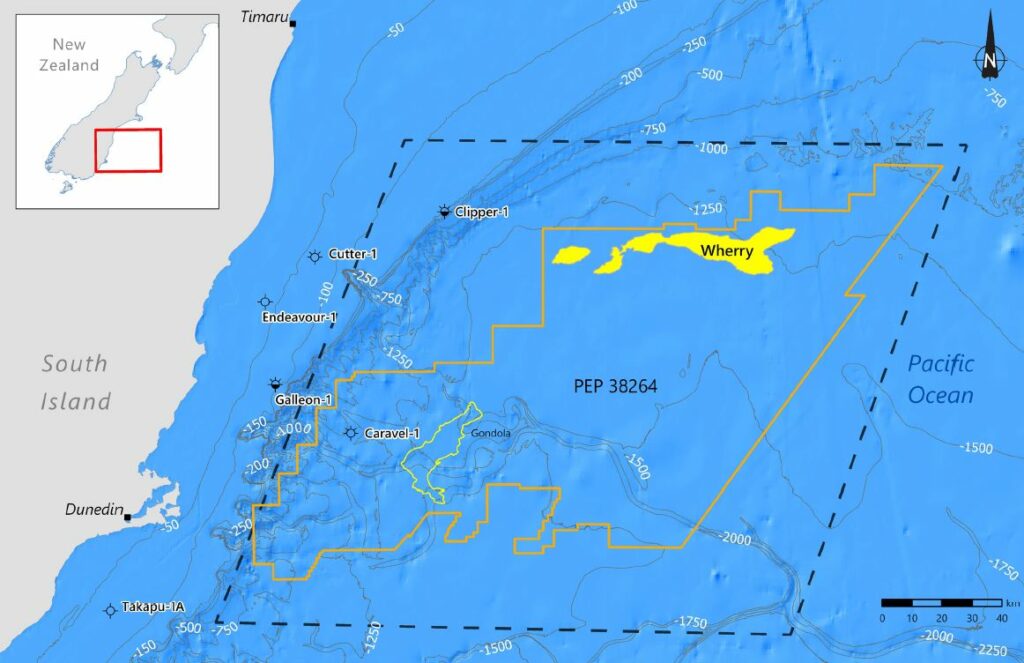