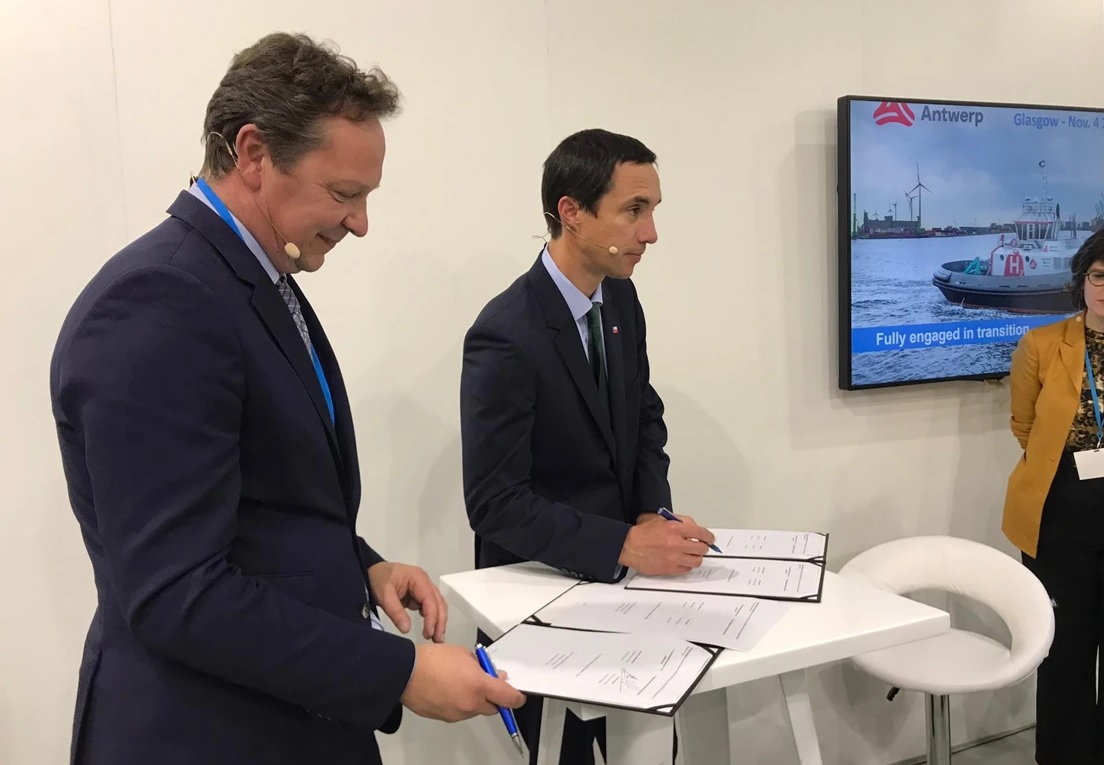 Photo: Courtesy of Port of Antwerp

Belgian ports and Chile to collaborate on green hydrogen

Belgian Port of Antwerp, Port of Zeebrugge and the energy ministry of Chile have signed a deal to make green hydrogen flows between the continents happen.

The parties signed a memorandum of understanding (MoU) on 4 November 2021 on Energy Day during the COP26 in Glasgow.

The parties want to collaborate on setting up a corridor between their countries to ship green hydrogen. They also touched upon further distribution to meet expected demand in Europe.

Specifically, hydrogen will be produced in Chile and received at the Belgian Ports.

The parties will collaborate to further explore the possibilities of the cooperation. The goal is to eliminate the challenges in the run-up to the effective start-up of green production in Chile. They also want to set up a logistics chain between the continents and Belgian seaports and their hinterland.

These ports intend to become part of the climate solution by acting as early-mover renewable energy hubs. They want to make use of their infrastructures and experiences to import and deploy hydrogen.

Both ports believe that hydrogen carriers will be the adequate form of energy to allow the transition in sectors such as marine shipping. Hence their role as a key actor in the Hydrogen Import Coalition.

Chile has set very ambitious targets in order to become a carbon-neutral country by 2050 through its national Green Hydrogen Strategy. In other words, the country aims to be producing the cheapest green hydrogen by 2030. It also wants to become one of the top three exporters of green hydrogen by 2040.

The signing of this MoU is a further step towards hitting these targets.

On the other hand, ENGIE, partner of the Hydrogen Import Coalition and present in both countries, aims to develop renewables and propose projects to launch the import supply chain of renewable molecules between the two countries.