A failure to recover the extra fuel costs in full may result in bankruptcies in the container shipping industry, international shipping association BIMCO said.

As the starting line for the International Maritime Organization (IMO) sulphur cap approaches, the dominant theme of 2019 will be the sharing of the higher costs that are expected in various forms towards the end of the year, according to the association.

These extra costs will come either as a result of purchase of fuels, which are more expensive than heavy sulphur fuel oil (HSFO), or investments in abatement technologies that will allow carriage and consumption of HSFO.

As explained, profit margins in this industry will be reduced everywhere unless these costs are passed on to the end customer through the whole supply chain. According to BIMCO, the ability of container shipping to pass on increases depends on its negotiating power and a fundamentally strong freight market.

Moreover, BIMCO said that the gloomy outlook in container shipping seems certain for this year and is likely to be extended.

Containerized imports in Europe look likely to be stuck with demand growth of no more than 2% for years to come. That means the long-hauls into northern and southern Europe, where ultra large containerships are perfectly suited to reap the benefits of economies of scale, will suffer unless cascading is accelerated.

As the US East Coast ports are now fully equipped with cranes to cater for ultra large containerships, the nation saw strong import growth into the US via this route in 2017 (10%) and again in 2018 (8%). More cargo is likely to follow this trend, away from the more crowded options of the US West Coast. Despite this, BIMCO forecasts overall imports into the US will be lower in 2019 when compared with 2018.

The higher growth rates are expected on North-South trades, highlighting South America and imports into Africa as places where volumes – but not so much freight rates – could improve in 2019.

The annual contracts for transpacific cargoes – normally running from May to April – are negotiated soon. Although higher freight rates are expected, tough and difficult negotiations lie ahead, as markets have weakened somewhat since Q4 2018.

Looking into 2019, BIMCO is forecasting a 3.4% container-fleet growth rate, assuming demolition levels remain low. Should the initial demolition level, set at 100,000 TEU, turn out to be twice as high, fleet growth in this shipping industry will be reduced by 0.5% to 2.9%. 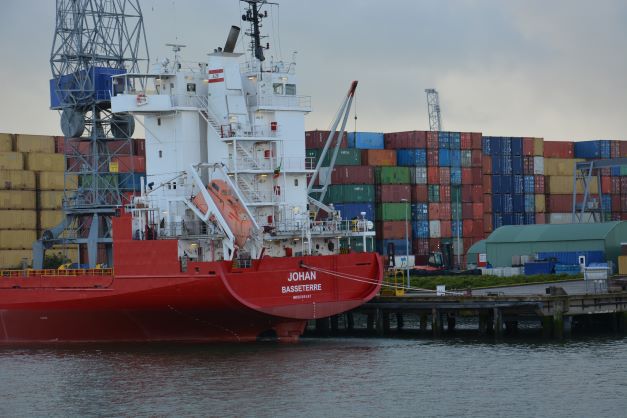