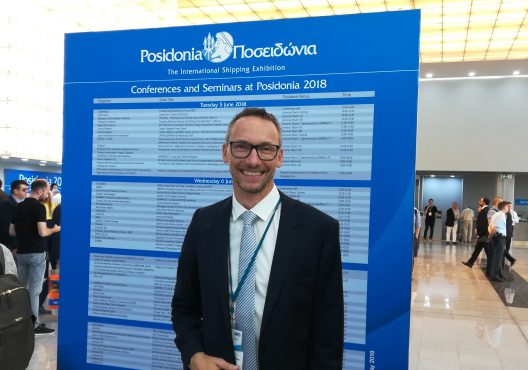 Limiting supply growth is the key priority for the crude oil tanker market to brave the storm as ever more complex geopolitical tensions between world powers bring harsher headwinds on the demand side, Peter Sand, BIMCO’s Chief Analyst, said in an interview with World Maritime News.

Namely, tensions between the United States, China and Iran coupled with dropping oil production output from Venezuela are adding to the woes of the tanker market.

Overall, the demand for Very Large Crude Carriers (VLCC) is very weak, with daily earnings falling below USD 2,000 at a time when crude tanker fleet is not really growing, Sand explained while speaking on the sidelines of the Posidonia trade show.

“Something is fundamentally, extremely weak. Going forward, one of the things that we are focusing on is still the fact that the world seems to be oversupplied with oil. However, the trading demand is more or less gone due to the oil price backwardation,” he said.

“The only thing that is really good is that the oil demand is still growing, but the trick is that it is being met by the oil stocks that built up from the end of 2014 into 2015 and the first quarter of 2016. Before those get really drawn down we will not see a much higher demand for tankers.”

Commenting on the potential impact of production increase from OPEC in 2019, Sand explained that the key factor to consider is the end consumption as the oil market is driven by the demand situation.

“It is not enough for them to just supply the oil, there needs to be a fundamental demand for it, because otherwise you will just pump it up and put it into storage,” he stressed.

Speaking about when can the market expect to see better days, Sand said that 2018 would be a loss-making year for crude oil tankers.

“If you ask me, one year from now, hopefully we will be able to say that the markets are getting better,” he added. “We need to look into the second half of 2019 to really see market significantly improve from now.” 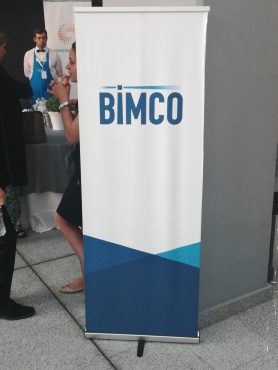 The sentiment in the dry bulk market is considerably better taking into account that the sector hit the bottom two years ago.

“We have certainly seen a huge improvement of the dry bulk market fundamentals ever since the downturn in 2016 with BDI dropping to 290 in February, 2016,” Sand said, adding that there was room for further improvement.

“For 2018 we remain optimistic that the demand side will grow even faster than the fleet. But we will have to watch very carefully the fleet growth.”

According to Sand, demolition and slow steaming are key factors that would need to ‘stick around’ in order for the industry to once again deliver fundamental improvement in 2018.

“Going into 2019, we see a balance for the overall market, where whatever demand side growth we have seen will be matched by the rise in supply. That is why we have called in our latest report to stop the ordering of newbuilds,” he added.

Capesizes have emerged as the most volatile sector of the dry bulk market. Opinions voiced by dry bulk owners at this year’s Posidonia varied, with some owners claiming that now is the best time to have Capesizes on the spot market and others announcing their withdrawal from the risky sector.

Commenting on the topic Sand said that it basically comes down to your appetite for risk.

“Certainly, Capesizes have their spikes. Only a month ago we saw Capesizes earn USD 20,000 per day and only a week ago the rates droped below USD 10,000,” he said.

“In order to reap the gains from this particular sector you need to have an equal portion of luck and a brilliant reading of the market, because you might as well hit the peaks and hit the troughs.”

Valemaxes take away the cargo from the open market

The influx of 30 newbuild Valemaxes into the dry bulk market is absolutely a threat to Capesize vessels, Sand explains, confirming concerns expressed by dry bulk shipping majors at the event.

To remind, Brazilian miner giant Vale inked long-term charter deals for up to 30 Valemax newbuilds with seven different shipping companies. The 25+-year-long deals will see the bulk carriers transport iron ore from Brazil to China. The ships are set to start deliveries in 2020.

“Valemaxes take away the cargo from the open market, locking them on 27-year-long charters between the miner and the owner of the ships. From that perspective, industrial shipping makes perfect sense for those involved. But for the international and independent owner and operator it means that the market gets smaller,” Sand said.

” The Capesize business relies very much on the growing imports, predominantly into China. Therefore, Valemaxes coming in are taking away capacity out of the most lucrative route for Capesizes. Based on our estimate, this will make it difficult for 6 to 7 Capesizes to find work.

“The market fundamentals for Capesize commodities have grown the strongest. But if you take away quite a significant portion of that by the Valemaxes you need to consider a different picture.”

The ‘tsunami of new environmental regulations‘ has kept owners perplexed across the board as they scrutinize their options and the best way toward achieving compliance. Nevertheless, there seems to be no silver bullet.

“If you leave out LNG, which we see as an interim fuel on the path of the complete decarbonization of the shipping industry, oil is left out as the main fuel choice for the industry. Opting for a scrubber seems to be the right choice for the company wanting to limit its risks. It all hinges on the price spread between the fuel oil and marine gas oil. If you want to get yourself out of that risk you either put your ship on time charter where the charterer pays for the bunker fuel or you invest in a scrubber,” Sand pointed out.

Not many companies have invested in scrubbers so far, which according to Sand, may be due to the fact that the industry just doesn’t have the money, taking into account that an investment ranging between USD 2 and 3 million is needed per scrubber.

“However, it all depends on how old is your ship and what are your assumptions for the oil spread. It has been suggested that the payback time for scrubber investments may be as little as 12 months, depending, of course, on high bunker fuel oil spread.

“But simply having the uncertainty about will there be enough compliant fuel around may easily add to an already enlarged spread between HFO and compliant fuel. It also comes down to who is going to pay for the bunker price in the end. Owners and operators, even on the spot market, prefer to pass out the bill. Nevertheless, the market does’t seem balanced enough for that to happen,” Sand concluded.