Bombora expands to Europe with plans to deploy off Wales

Australian wave energy developer Bombora Wave Power has unveiled plans to expand its operations in Europe with new headquarters to be based in Wales, United Kingdom.

Bombora is basing its operations in the south of Wales at Pembroke Dock to take advantage of the region’s supply chain capabilities, marine operations expertise and experience as the company looks to ramp up operations to commercialize its mWave technology.

Key staff, including Chief Executive Officer, Sam Leighton and Chief Technical Officer, Cam Algie, are relocating from Australia to Wales to launch the operations and facilitate the transfer of mWave technology, Bombora said.

The Welsh team will focus on a two and a half year, €20 million project to design, fabricate and test the first 1.5MW mWave prototype, Bombora said.

The company also revealed it is in discussions with Marine Energy Wales and the Milford Haven Port Authority to secure both construction and test sites.

In parallel with the core Welsh project, Bombora said it will continue to develop sites suitable for ‘multi device commercial trials’, including the previously announced project in Peniche, Portugal.

The site consenting process is continuing at Peniche which presents an ideal location for the mWave, according to Bombora.

Sam Leighton, Bombora’s CEO, said: “We are excited to headquarter our European manufacturing operations in Wales. The Welsh offer various schemes and financial incentives as well as excellent planned testing facilities, to make it an ideal location to develop our mWave technology commercially.”

“Our parent company and Board remain in Australia, where we have an extensive network of development partners still integrally involved in developing the mWave, as well as the Albany Project in the mid-term pipeline.”

Bombora plans to ramp up their recruitment and supply chain activities over the coming weeks as the Pembrokeshire operations become fully operational, the company said. 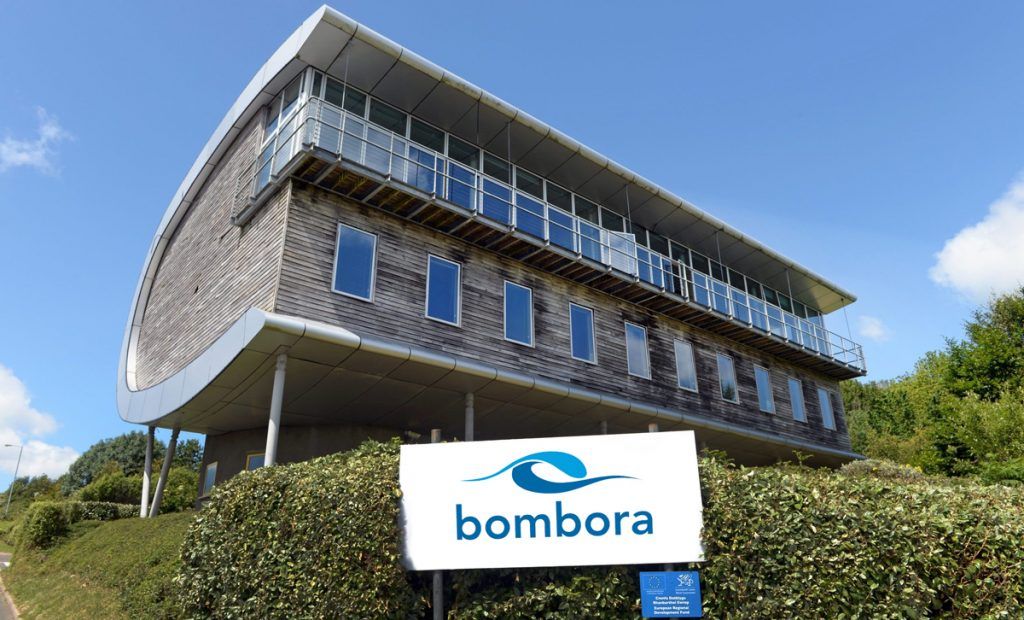