Shell today announces investment to support phase II of the prolific Parque das Conchas (BC-10) project more than 100 kilometres (62 miles) off the coast of Brazil.

“This is another important milestone in our delivery of substantial growth in the Americas,” said Marvin Odum, Upstream Americas Director. “Over the next five years, we’ll see more projects reach critical delivery points in this region such as last month’s announcement of our final investment decision for the Mars B project in the Gulf of Mexico.”

Parque das Conchas was the first full-field development to separate and pump oil and gas from the seabed. Shell’s Perdido Development, in the Gulf of Mexico, was the second. Electric pumps of 1,500 horsepower drive the oil up nearly 1,800 metres (6,000 feet) to the surface for processing on the Espirito Santo, a floating, production, storage, and offloading (FPSO) vessel. The FPSO has a daily processing capacity of about 100,000 barrels of oil and 50 million cubic feet of natural gas.

“Bringing this phase of Parque das Conchas to life represents another proud moment for Shell’s deep-water offshore teams,” added Odum. “The men and women on these teams exude excellence and are backed by a strong legacy of deep water expertise. We’re all looking forward to continuing our responsible operations in the waters off Brazil.”

Production from the first phase involved two other technical firsts:

* Specially designed steel pipes, which have an innovative kink, or “lazy-wave,” allow the vessel to move safely with the ocean swell.

* Huge, electrical cables feed power to the deep water separation and lift system to pump the heavy oil (API 160-420) to the FPSO.

Royal Dutch Shell plc is incorporated in England and Wales, has its headquarters in The Hague and is listed on the London, Amsterdam, and New York stock exchanges. Shell companies have operations in more than 90 countries and territories with businesses including oil and gas exploration and production; production and marketing of liquefied natural gas and gas to liquids; manufacturing, marketing and shipping of oil products and chemicals and renewable energy projects. 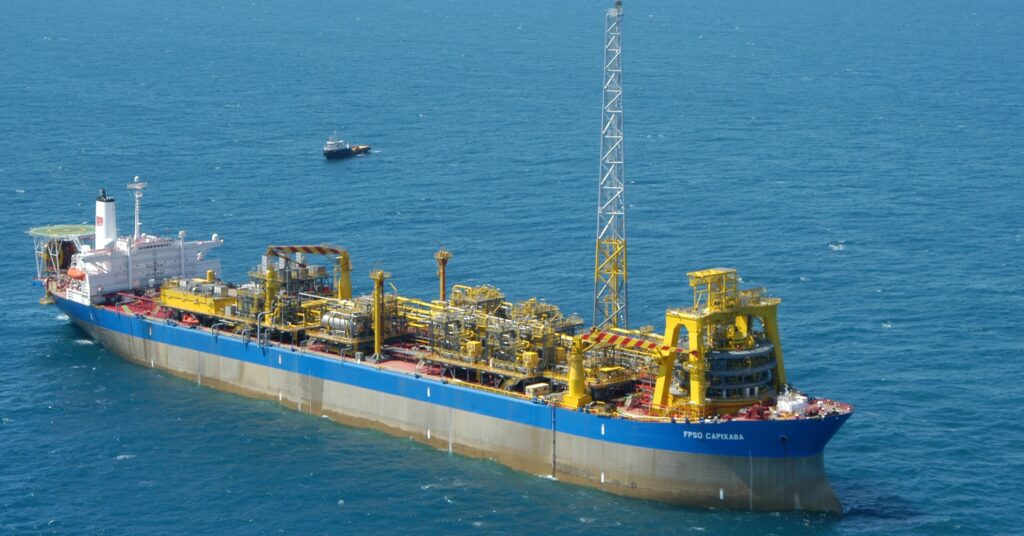