The new additional volumes will be secured by doubling the size of the new gas project in the southern sector of the North Field, which Qatar Petroleum had announced last April.

This would increase the North Field’s production of natural gas, condensate and other associated products by one million barrels of oil equivalent per day, Qatar Petroleum said in a statement.

Qatar, the world’s biggest LNG producer, is facing a growing competition from a tide of new LNG sources mostly coming from Australia and the US.

This move shows that Qatar is not willing to easily let go the title of world’s largest LNG exporter. It also comes in wake of the ongoing diplomatic conflict between Qatar and several of its Middle East neighbours.

To remind, Qatar-linked vessels were banned from Saudi and UAE waters, including the major bunkering port of Fujairah after severing of diplomatic relations on 5 June. Qatari tankers are able to reach international seas through Iranian waters.

The new LNG move was announced by Saad Sherida Al-Kaabi, Chief Executive of Qatar Petroleum, at a news conference in Doha.

“Last April, we announced our intention to develop a new gas project in the southern sector of the North Field that can be targeted for export.

With the conclusion of further technical studies, we have decided that the best option would be to double the size of the project to 4 billion cubic feet of gas per day, which constitutes a 20% increase from the current North Field production rate, or about 1 million barrels of oil equivalent per day,”  Kaabi said.

He went on to say that after further assessment, the company has decided that the best way to develop this huge project was by dedicating it to the production and export of LNG, thereby increasing the production capacity of Qatar to 100 million tons per year, or about 30%.

“This project will strengthen our position as the world’s largest LNG producer and exporter in line with Qatar Petroleum’s strategic growth plan and objectives of becoming one of the best national oil & gas companies in the world, with roots in Qatar and a strong international presence,” Kaabi said.

“Once completed, within 5-7 years from now, this project will raise the production of the State of Qatar to about 6 million barrels of oil equivalent per day,” he added. 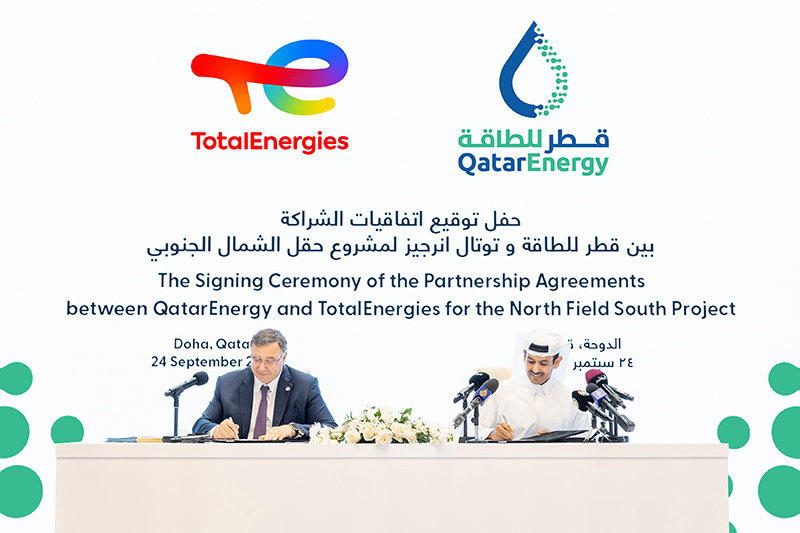