The 228-metre bulk carrier Amakusa Island, which ran aground in Prince Rupert’s outer harbour shortly after 10 p.m. on Monday, July 14th, was refloated early this morning with the rising tide, the Prince Rupert Port Authority updated.

The vessel ran aground some 15 kilometres from Ridley Island while shifting its position from berth at the Ridley Terminals coal terminal to its assigned anchorage.

The Canadian Coast Guard’s Marine Communications and Traffic Services (MCTS) worked in concert with the Port Authority’s Port Security Operations Centre (PSOC), along with other port partners, to assess the incident.

Although the Amakusa Island listed visibly, no injuries or environmental contamination have been reported or observed.

The vessel was freed with the assistance of tugs from SMIT Marine Canada at approximately 2:30 a.m. It proceeded to an anchorage under its own power, escorted by two tugs and the Port Authority’s harbour patrol boat.

The Prince Rupert Port Authority said it continued to monitor the situation. 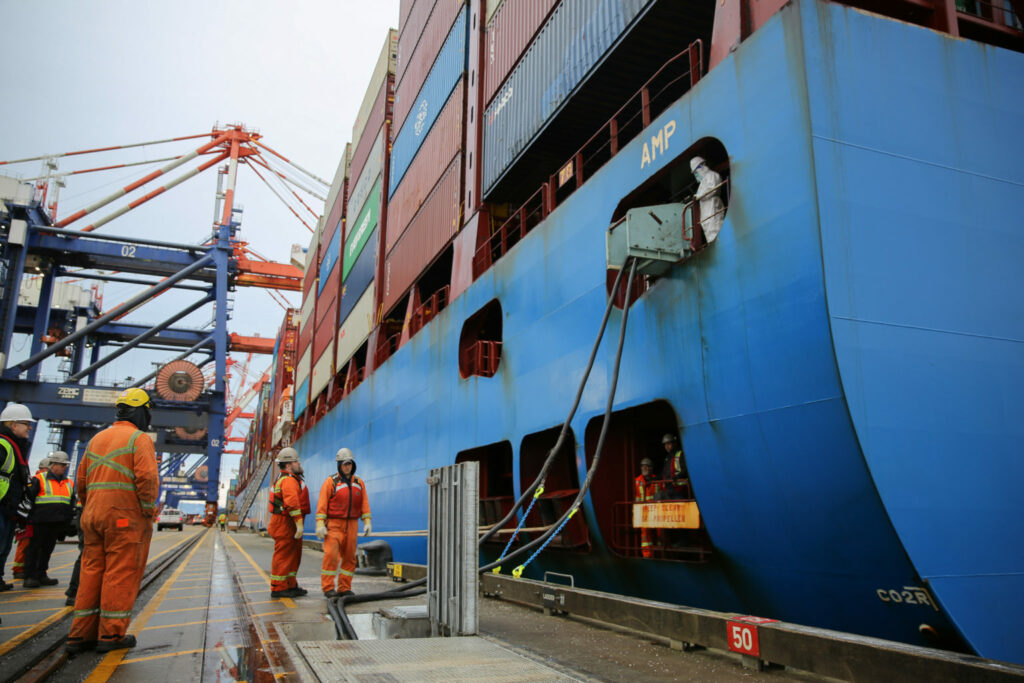