Malaysia’s Bumi Armada has boasted with making history last week by completing the world’s first offload of molten sulphur from an offshore facility to a specialised tanker.

The FPSO operator explained that the achievement was made by stripping the H2S from the sour gas stream to produce molten sulphur, leaving sweet export gas for use in the Indonesian domestic gas supply.

“KAS3 is a unique project as it is the world’s first floating facility that has a large sulphur processing plant installed capable of producing molten sulphur,” Bumi Armada said.

According to Bumi, the molten sulphur is stored at +145°C in purpose built tanks located in the FPSO hull, which can then be offloaded to specially designed ships using flexible hoses.

“By successfully completing the first offload, this pioneering concept has now been proven to work as designed whilst, at the same time, creating another revenue stream for our client,” Bumi Armada said.

Sulphur is used in fertilizer production, mining applications, and to produce various chemicals.

The Karapan Armada Sterling III FPSO is chartered to Husky CNOOC Madura Ltd (“HCML”) for a period of 10 years, starting early 2017, and is operating on the Madura field in Indonesia.

This FPSO is a unique gas production facility with the capability to extract and store the condensates as well as large volumes of molten sulphur. The construction and delivery of the FPSO was performed under a joint venture arrangement with the Shapoorji Pallonji Group from India.

The FPSO conversion was conducted at the Keppel yard in Singapore, and had left Singapore on December 20, 2016. The unit was moored and all riser lines connected to the FPSO in January 2017. 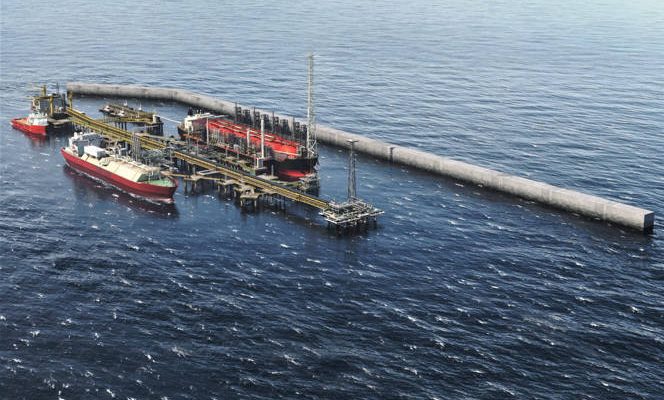